Advertisement
HomeBOLLYWOODENTERTAINMENT NEWS‘Will always be an actor first & forever, in this case a very nervous actor,’ says Alia Bhatt as she kickstarts her debut production ‘Darlings’ with Vijay Varma

‘Will always be an actor first & forever, in this case a very nervous actor,’ says Alia Bhatt as she kickstarts her debut production ‘Darlings’ with Vijay Varma 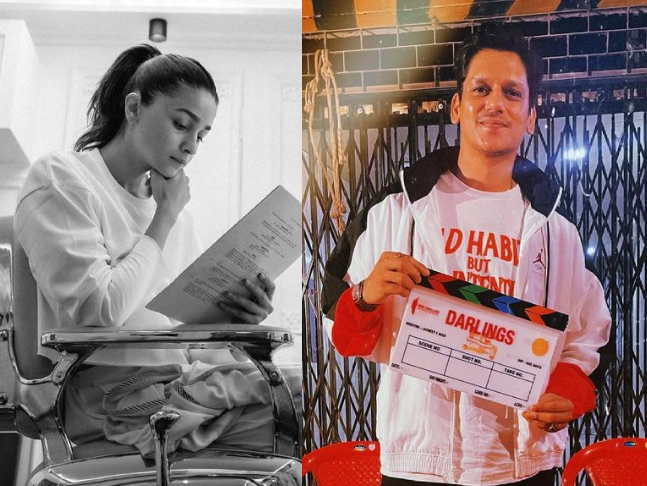 Alia Bhatt took to Instagram on Saturday to share her emotions as a debutant producer. The actress makes her debut as producer with the self-starring Darlings. The actress posted black and white pictures from her makeup room and shared her nervousness before starting the film.

Alia captioned the pictures as, “day one of DARLINGS! my first film as a producer but I will always be an actor first & forever (in this case a very nervous actor) I don’t know what it is .. a night before I start a new film I get this nervous tingling energy all over my body.. i dream all night about messing up my lines..become jumpy.. reach set 15 mins before time fearing I’ll be late! I guess this feeling will never go away.. and it shouldn’t - because being nervous.. and feeling unsure means you really really care P.S - wish me luck pls (I’ll need all of it to match up to my co-actors @itsvijayvarma @shefalishahofficial @roshan.matthew).”

On the other hand, Vijay Varma took to his social media to share pictures from the first day of shoot. Sharing an image with the clapboard, he wrote, “So happy and excited to be back on a set again! Anddddd for a film that I have been sooo stoked about for the longest time. #Darlings in production now Wish me luck coz I’ll need it to match the roaring talents of my fellow artists on this one. @jasmeet_k_reen @aliaabhatt @shefalishahofficial @roshan.matthew @im_anilmehta @redchilliesent @eternalsunshineproduction.”

Earlier in the day, the actor also shared a story from his car giving a thumbs up as he wrote, "#NewBeginnings" and '#darlings' while heading for the first day of the shoot. 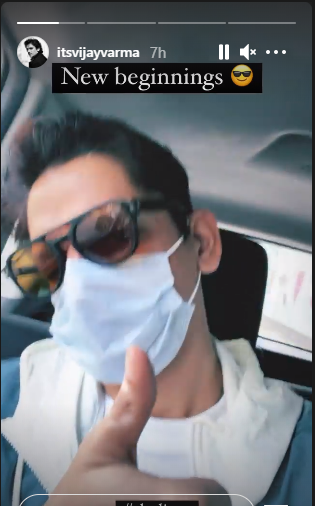 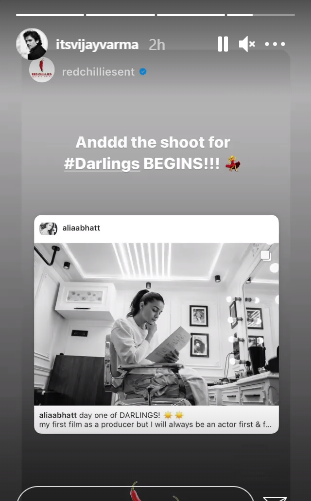