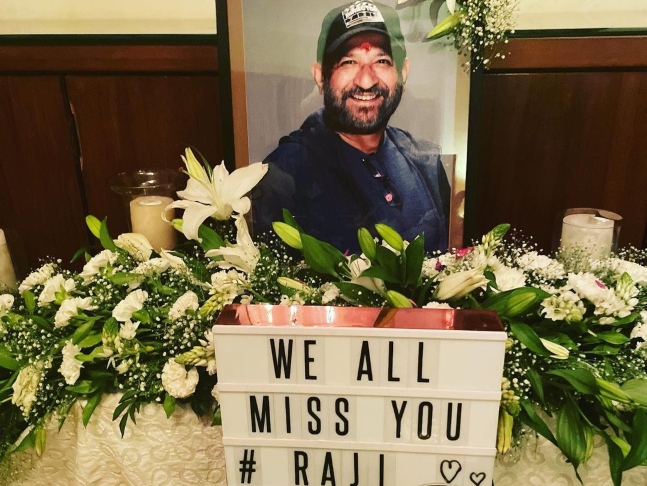 Mouni, who is Mandira's best friend, shared a picture from Raj's prayer meet on social media. She posted the picture of Raj's photo frame and wrote, "We do…. It ll never be the same again.." Dabboo Ratnani, Aashka Goradia, Tisca Chopra, Pragya Kapoor, Shamita Shetty and others offered condolence in the comments.

Raj, a renowned director and producer, passed away on June 30 after suffering a massive cardiac arrest. In an interview, Sulaiman Merchant told that Raj was feeling uneasy on June 29. Later, at night, he told Mandira that he was getting a heart attack. The actress called their friend Ashish Chowdhry. Raj breathed his last before Mandira and Ashish took him to the hospital.

Workwise, Raj directed films like Pyaar Mein Kabhi Kabhi, Shaadi Ka Laddoo and Anthony Kaun Hai. He tied the knot with Mandira in 1999. The couple has a 10 years old son Vir and daughter Tara who was welcomed into the family via adoption in October 2020.