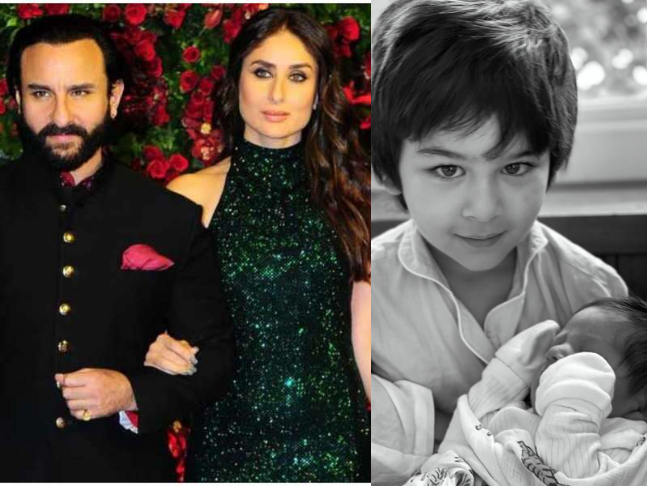 The cat is finally out of the bag! Kareena Kapoor Khan and Saif Ali Khan have named their second son Jeh. There were reports that Jeh might be the child’s temporary name while the actors are toying with the idea of naming him after his paternal grandfather Mansur Ali Khan Pataudi. However, now Kareena’s father Randhir Kapoor has confirmed the name.

Randhir told a leading daily, “Yes, Kareena and Saif's younger son has been named Jeh.” When asked about when was the name finalised, Randhir replied, "We finalised it about a week ago."

Kareena’s and Saif’s little munchkin was born in February this year. However, unlike their elder son the couple decided to keep him away from the prying eyes of the paparazzi as Taimur has become a kind of media sensation.

Kareena had shared the first glimpse of her newborn on social media on March 8.