Advertisement
HomeBOLLYWOODENTERTAINMENT NEWSDid KL Rahul confirm his relationship with Athiya Shetty by listing her as his 'partner' before leaving for England tour?

It is clear that cricketer KL Rahul shares a good relationship with Bollywood superstar Suniel Shetty and his family. Especially his daughter Athiya Shetty. Athiya, an actress, is rumoured to be dating KL Rahul. While the two are yet to make their alleged relationship official, fans are sure that something is cooking. Now, adding fuel to the rumour, a leading daily reported that KL Rahul listed Athiya as his 'partner' before leaving for England for the World Test Championship last month.

A source told the daily, "The couple left India together for England for the World Test Championship last month. Before leaving, the logistics department had asked all players for names of people travelling with each of them. The players were supposed to give the names of whether they would be travelling with wives or partners, for which KL Rahul listed Athiya Shetty as his partner. She travelled in the same bubble and stayed in Southampton with the team." 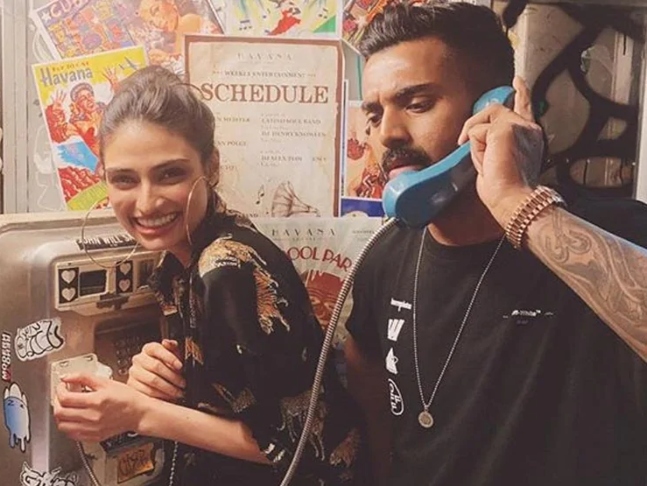 On July 10, Suniel shared a video of his son Ahan Shetty with KL Rahul. What caught everyone's attention was the caption. Suniel wrote, "MY LOVE MY STRENGTH !!" and tagged the two boys.

Well, is a public confirmation coming from KL Rahul and Athiya?