Bhushan Kumar and Jubin Nautiyal have consistently given audiences record-breaking love songs that are fondly remembered. They now collaborate on another romantic track Barsaat Ki Dhun also starring heartthrob Gurmeet Choudhary and the gorgeous Karishma Sharma. Penned by Rashmi Virag, with music by Rochak Kohli, the single ushers in the romantic season of the monsoon with its nostalgic visuals as well as its soul-stirring melody.

Talking about the song says Jubin Nautiyal, “Barsaat Ki Dhun is the kind of track you can listen to while you enjoy your cup of coffee or driving in the car. Everything from its lyrics, melody, to the music video is guaranteed to make you nostalgic and leave you with a sense of warmth and love.” 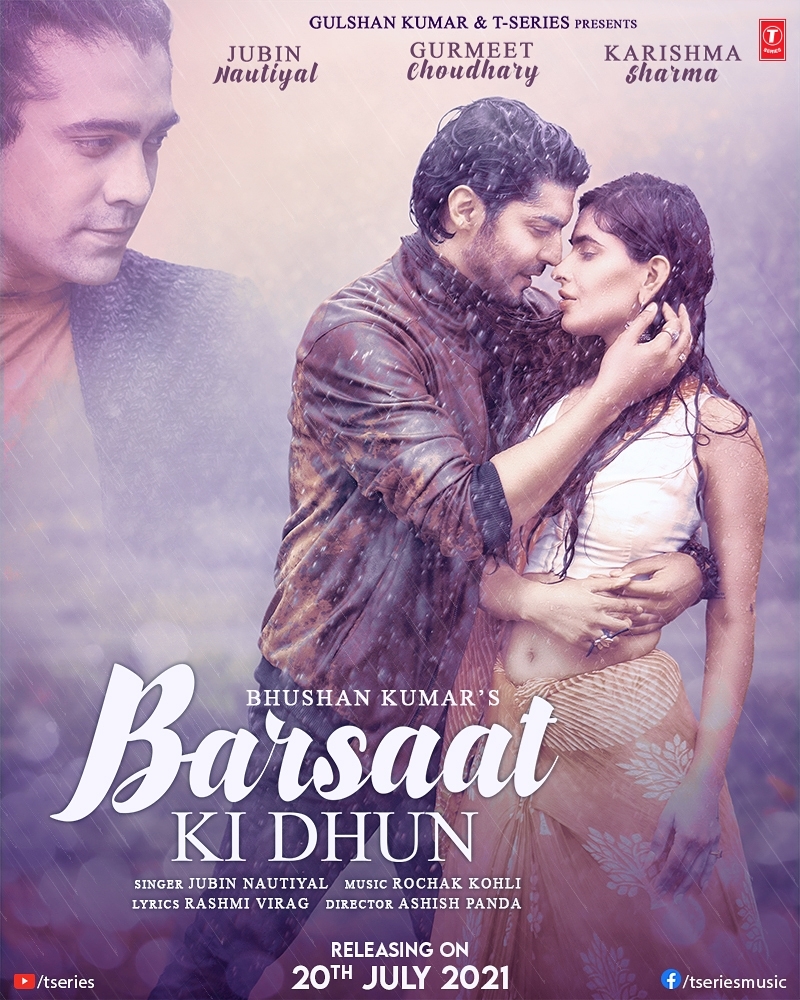 Adds Gurmeet Choudhary, “This is my second collaboration with Jubin after Bedardi Se Pyaar Ka and I thoroughly enjoyed shooting the music video, which beautifully captures the essence of the monsoon season. I hope audiences enjoy Barsaat Ki Dhun as much as they did our first track.”

Says Karishma Sharma, “The sets of Barsaat Ki Dhun had such a classic, old-world charm. You can never go wrong with Jubin Nautiyal’s voice and Bhushan sir’s music sensibility. Gurmeet and I worked hard to do justice to this beautiful song. I’m confident audiences will love it.”

The song is out now on T-Series’ YouTube channel.