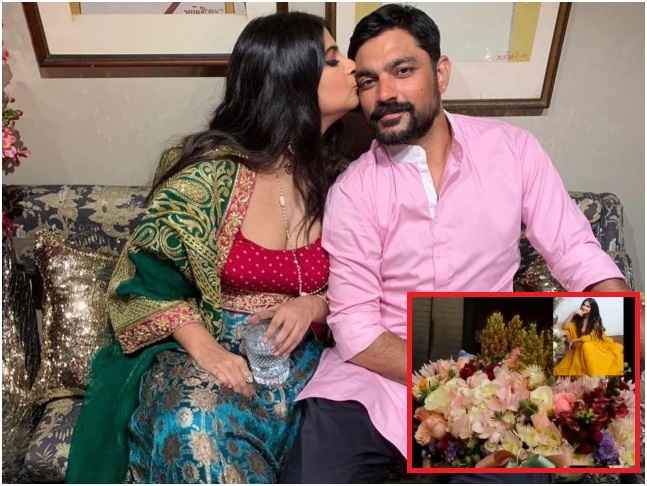 Rhea Kapoor is reportedly all set to tie the knot today with longtime boyfriend Karan Boolani. While her elder sister and Bollywood actress Sonam Kapoor Ahuja tied the knot with Anand Ahuja at her aunt's Bandra house back in 2018, Rhea is said to get married at her father Anil Kapoor's lavish Juhu home.

Now, Bollywood paparazzo Viral Bhayani has shared a video from outside Anil's house in which a staff member is seen taking decorative flowers inside the house. In the caption, the photographer informed 'today is a very auspicious day and till 11.03 pm the mahurat is very good for a wedding'. It is said that the ‘hush-hush’ wedding is likely to be a ‘two-three day affair’, and will be attended only by close friends and family.

Hustle and bustle were seen outside Anil's house last night with preparations for decor going on. Groom to be Karan was also snapped outside the house as he left at night. A video of Karan making a late-night exit from Rhea's house went viral on the internet. Earlier, a few photos also showed how Anil's residence has been decked up with lights. Several men were snapped taking stock of the arrangements for the function outside the residence.

Sonam and her businessman-husband Anand Ahuja are both in Mumbai. Sonam and Anand tied the knot in May 2018, and juggle between London and Mumbai.