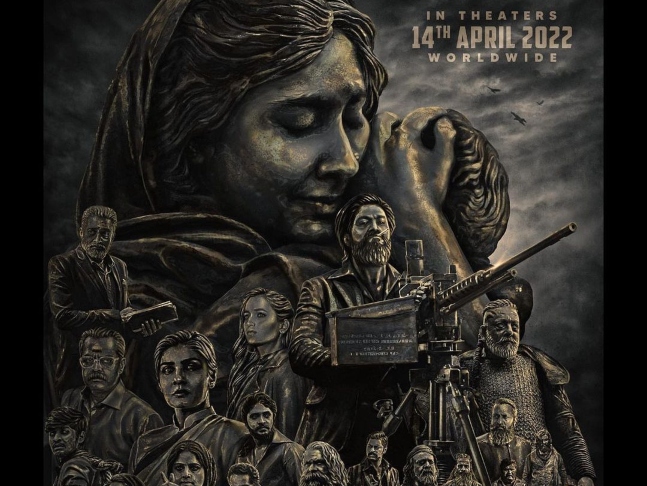 Yash and Sanjay Dutt's upcoming film KGF: Chapter 2 is much awaited. After multiple delays, the actioner directed by Prashanth Neel is set to release in theatres next year. Now, putting an end to all speculation, the makers of KGF: Chapter 2 finally announced its new release date. It has locked April 14, 2022, for a theatrical opening.

Today, the makers of KGF: Chapter 2 shared a new poster of the film. All the characters of the film are making an appearance on the poster in graphic format. On Instagram, Hombale Films shared the poster and wrote, "The uncertainties of today will only delay our resolve, but the eventuality is as promised. We will be out in theaters on April 14th 2022."