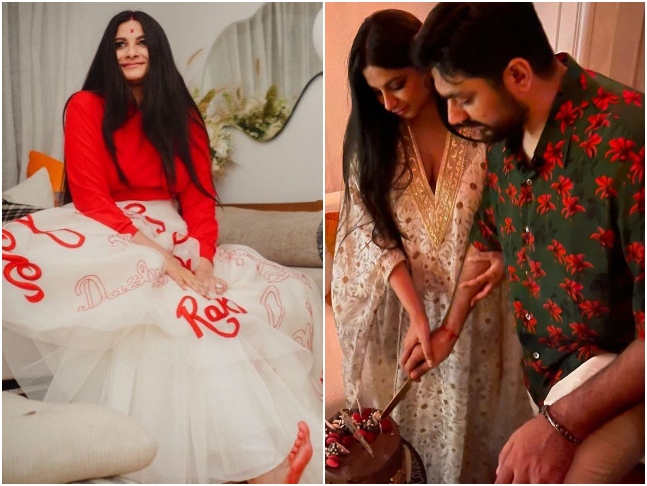 Rhea Kapoor tied the knot with longtime boyfriend Karan Boolani on August 14 in an intimate at-home wedding. The ceremony was held at Anil Kapoor's Juhu bungalow and was attended by just a few close friends and family. While several photos from the stylist-producer's wedding and wedding dinner were out, now, she has shared an album from her after party night, hosted by her best friends. Rhea called it the best 'reception' ever.

Sharing a series of photos on Instagram, Rhea wrote, "The after party thrown by the best friends in the the world because they can’t help themselves is my love language. Best ‘reception’ ever." In the photos, Rhea is seen lounging in her Abu Jani Sandeep Khosla customized outfit. She also shared a glimpse of the beautiful decor and a picture with husband Karan while cutting their wedding cake.

Recommended Read: Met on a movie set, I tried to bully her, ended up falling madly in love: Karan Boolani shares the 'true story' of how he fell in love with wife Rhea Kapoor