Shibani Dandekar has been dating Farhan Akhtar for 3 years now. One of the most popular couples of Bollywood, Farhan and Shibani make heads turn with their love-filled posts for each other on social media. Today, as Shibani celebrates her birthday, she did a special gesture for her actor-beau.

The actress got Farhan's name tattooed on her neck on the occasion of her birthday. Tattoo artist Mr K shared a picture of Shibani's tattoo and tagged the couple. Though Shibani's face isn't visible in the picture, the word Farhan can be seen written on the side of her neck. Apart from this, she got a tattoo on her wrist too. 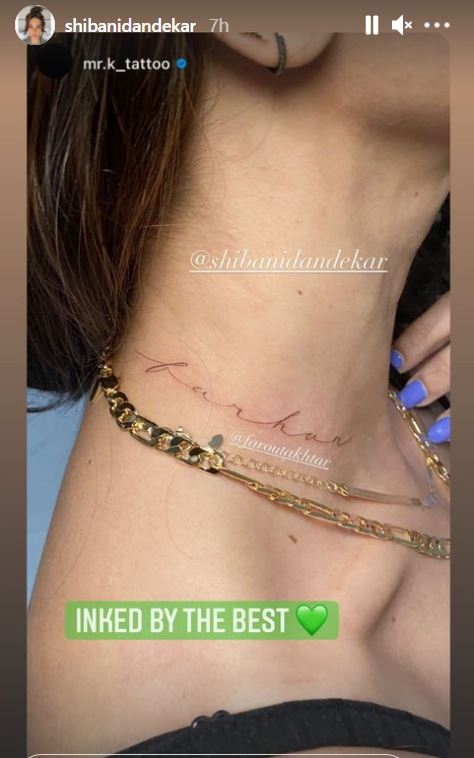 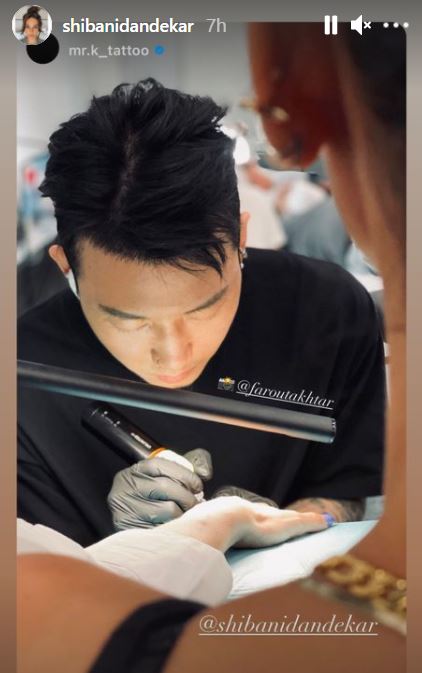 Recommended Read: Shibani Dandekar reacts to rumours of marrying Farhan Akhtar, says 'the topic has not come up'

Farhan wished Shibani with a monochrome picture. He wrote, "With all my heart.. happy birthday Shu. Love you."

Talking about her relationship with Farhan in a recent interview, Shibani said that the pandemic helped them evolve as a couple. She further dismissed rumours of marrying him soon. She told, "Everybody is asking me that question. Honestly, the topic has not come up, but I have told people that I will figure it out and let you know. As of now, there's nothing to it yet."