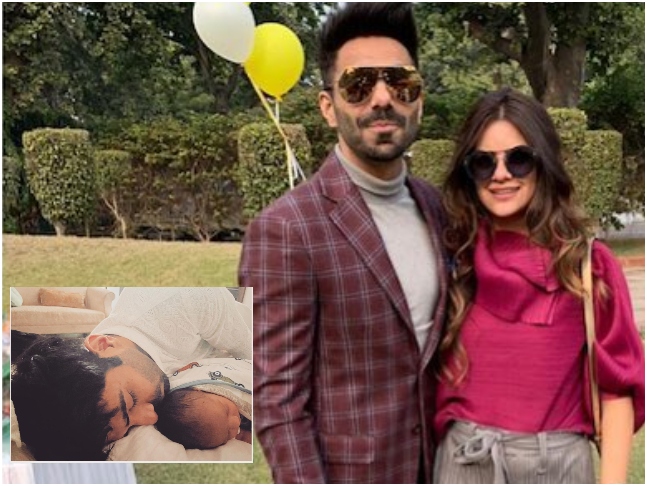 Well, it is a beautiful year for Aparshakti Khurana in every sense. While the phenomenal actor is earning acclaim for his film Helmet, he is also enjoying the new phase of his life with his baby-girl Arzoie.

A few weeks, ago the proud parents - Aparshakti and Aakriti - welcomed their bundle of joy. Today as the happy couple celebrates their seven years of love and marriage, Aakriti dropped an adorable picture of the actor with his daughter. The versatile actor can be seen napping with his daughter in the picture.

Sharing the snap on Instagram, Aakriti wrote, "7 years of calm and chaos summed up. #HappyAnniversary @aparshakti_khurana." Fans across the nation are showering the actor with love in the comment section and are thrilled to watch him enter fatherhood.

Meanwhile, Aparshakti is earning the lion's share of praise for his performance in Helmet. The actor has won the audience and critics over with his rather bold choice of cinema. Currently, the star is busy shooting for an Amazon series Stardust. He also has a yet-to-be-titled suspense thriller in the pipeline.