Advertisement
HomeBOLLYWOODENTERTAINMENT NEWSFrom Kanyadaan to Kanyamaan: Alia Bhatt questions age-old wedding traditions in new ad, asks ‘am I a thing to be donated?’ 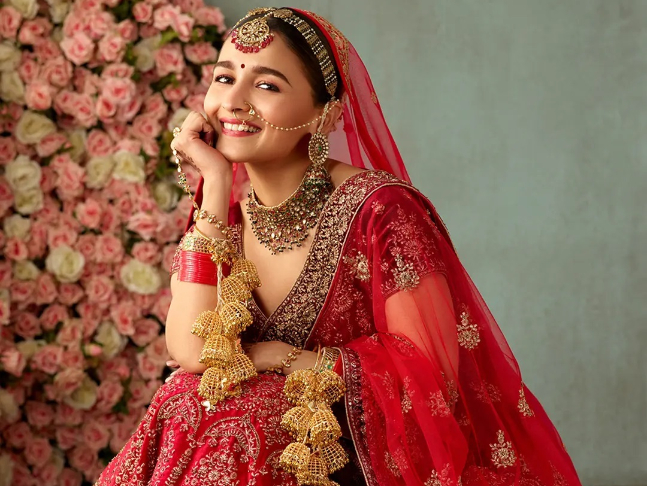 Alia Bhatt has shared a new advertisement in which she questions the age-old wedding tradition of ‘Kanyadaan’ and asks to change it to ‘Kanyamaan’. The advertisement is for a bridal wear brand and sees Alia dressed in the bridal attire and on the verge of getting married. In the ad, Alia’s character is sitting at the mandap with her husband-to-be and proceeds to break the fourth wall and tell viewers what’s plaguing her happy demeanour on her special day.

In the ad, she mentions each member of her family- grandmother, father and mother and the special bond and words they have for her. However, she also raises the question that why girls are called ‘paraya dhan’ and why are they ‘given away’ as part of ‘kanyadaan’ during the wedding ceremony. She asks in an internal monologue, “Am I a thing to be donated? Why only kanyadaan?” However, she is left pleasantly surprised when her parents-in-law also extend their hands to ‘give away their son’. The couple exchange smiles and they eventually get married with the blessings of their parents.

Alia’s ad received mixed reaction from the netizens. While several hailed the concept that makes the new ritual more equal and progressive for the present and future generations, several others slammed it stating that the makers are once again targeting Hindu culture without bothering to know the nitty-gritties of it. They also bashed the ad as saying that why speak only about Kayadaan, why don’t the makers talk about Mehr in an Islamic wedding or the ‘giving away of the bride’ by the father of the bride in Christian wedding ceremonies. They also said that ‘daan’ is done by rich and hence the Hindu tradition gives more precedence to the bride’s family and the term should not be taken in context of today’s literal meaning. 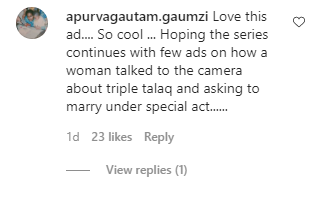 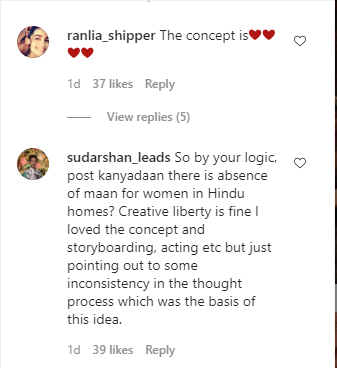 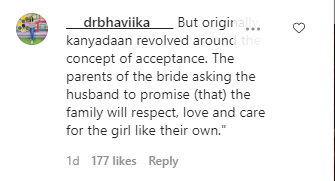 "Daan" is dn by rich & generous to those seeking their blessings or who r less privileged.

The advertisement has been directed by Abhishek Varman. Alia has been associated with the same brand for a couple of years now.