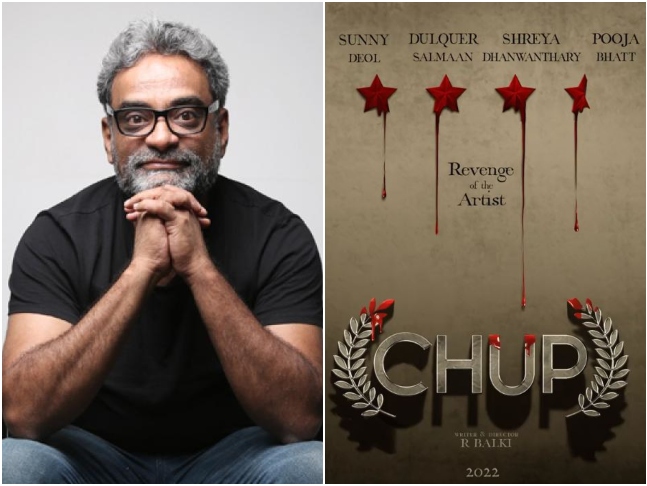 Born as Vasanth Kumar Shivashankar Padukone, Guru Dutt was Indian cinema's prominent face. As a film director, producer, actor, choreographer, and writer, he left behind an unmatched legacy. His films like Chaudhvin Ka Chand, Kaagaz Ke Phool, Sahib Bibi Aur Ghulam and many others remain to be classics. Today, October 10, the film industry is celebrating his death anniversary. On this occasion, R Balki revealed the title of his upcoming thriller.

The thriller starring Sunny Deol, Dulquer Salmaan, Pooja Bhatt and Shreya Dhanwanthary has been titled Chup: Revenge Of The Artist. Akshay Kumar, who had teamed up with R Balki for PadMan and Mission Mangal, unveiled the first motion poster of Chup. The superstar wrote, "After watching this, one cannot stay #Chup! I have so many questions, what an intriguing poster! Eagerly looking forward to it, #RBalki."

Amitabh Bachchan has a role in Chup too. The megastar of Bollywood starred in R Balki's first feature film Cheeni Kum. Mr Bachchan played the lead in the filmmaker's Paa and Shamitabh whereas he had a cameo appearance in Ki & Ka.

Chup is expected to release in the first quarter of 2022.