'There was a bittersweet tinge of sadness,' says Akshay Kumar as he wraps Aanand L Rai's Raksha Bandhan in Delhi 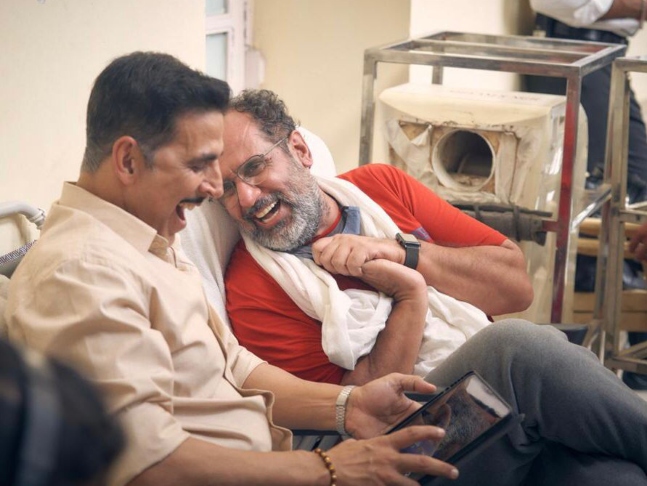 Akshay Kumar is working day in and out to complete all his professional commitments that faced a setback due to the COVID-19 pandemic and lockdown. As the superstar gears up to finally release Rohit Shetty's Sooryavanshi in theatres on Diwali, he wrapped up yet another film. Akshay was shooting in Delhi for Aanand L Rai's Raksha Bandhan and now, the film has wrapped up.

Akshay, this morning, informed his fans that he has finished shooting for Raksha Bandhan. He shared a picture with Aanand and wrote, "Here’s to all I and @aanandlrai did throughout the shoot of #RakshaBandhan - laugh like there’s no tomorrow! Ironically, as we wrapped the film last night, there was a bittersweet tinge of sadness. Off to the next. New day, new roller coaster."

Recommended Read: Akshay Kumar takes a trip down the memory lane as he shoots for 'Raksha Bandhan' at his birth place in Delhi, says 'brought back so many memories'