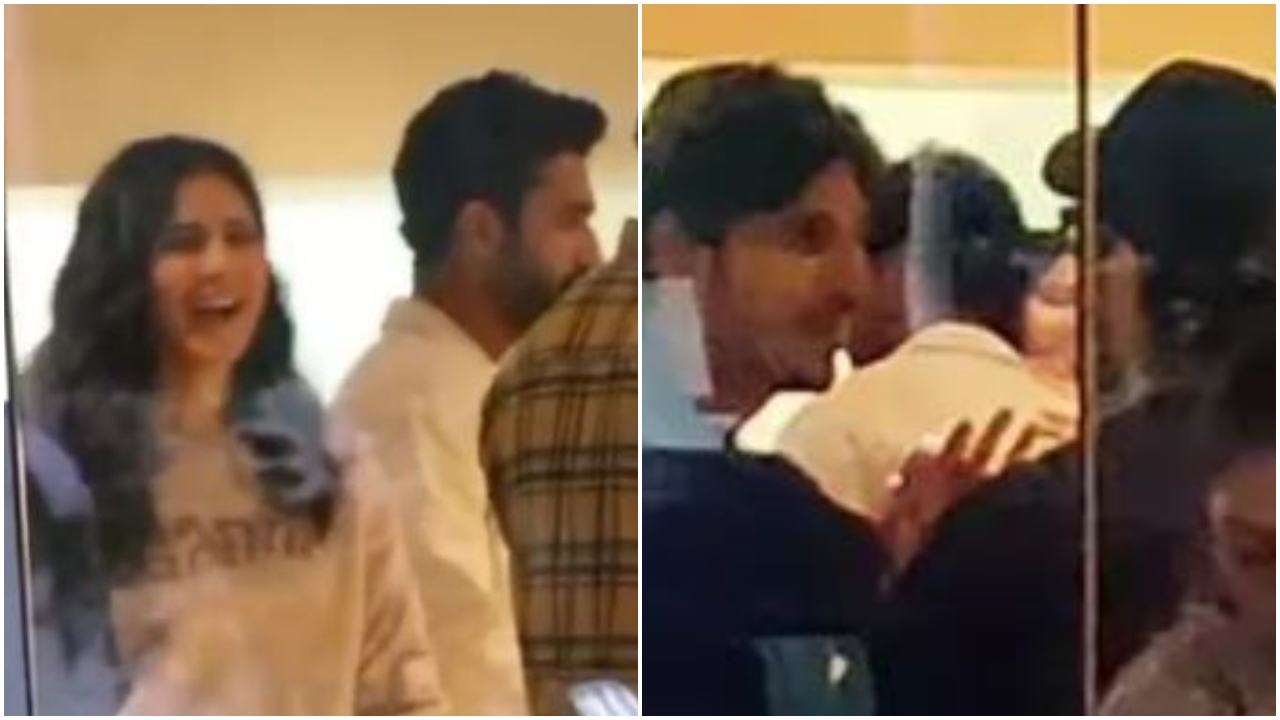 On October 15, the makers of Vicky Kaushal's critically acclaimed film Sardar Udham hosted a special screening at a private studio in Mumbai for a selected few. The actor's friends like Sidharth Malhotra, Kiara Advani and others watched the biopic and were all praise. Vicky's rumoured girlfriend Katrina Kaif was also present. While Vicky and Katrina, who are yet to publicly make their relationship official, skipped posing for the cameras together.

Though Vicky and Katrina chose not to get clicked together officially, a video of them hugging each other has gone viral. In the video, Vicky can be seen tightly hugging Katrina and VicKat fans are going gaga over it. It appears the couple didn't know that all cameras were on them as they hugged each other. For the screening, Katrina wore a sweatshirt and grey denim skirt with black boots. Vicky opted for jeans, a T-shirt and a jacket.

A post shared by SOORYAVANSHI ON 5TH NOVEMBER (@magical_katrina)

Recommended Read: Vicky Kaushal reacts to roka rumours with Katrina Kaif, says 'I’ll get engaged when the time is right'

There were rumours that Vicky and Katrina are engaged. However, in an interview, the actor, without naming anyone, said, "The news was circulated by your friends[media] (laughs). I’ll get engaged soon enough, when the time is right. Uska bhi time aayega."