Advertisement
HomeBOLLYWOODENTERTAINMENT NEWSCouldn't be prouder, here's to the film that started it all: Karan Johar, Varun Dhawan, Alia Bhatt and Sidharth Malhotra celebrate '9 years of Student Of The Year'

Today, as the film completes 9 years, director KJo has penned a heartwarming note. Sharing a video on Instagram with snippets of the film, Karan wrote, "October is just filled with gifts that keep giving - and #SOTY is one such! Not only does it continue to give everyone many tunes to break out in a dance or hum along, style that is timeless and for me, many many memories! But the ultimate gifts have been these three students, now superstars who keep on giving their absolute best to the field of cinema! Couldn't be prouder and here's to the film that started it all! #9YearsOfSOTY"

Sidharth also celebrated 9 years in the industry as he tweeted, "Thank you for the love tonight and for the past 9 years #Sidians Love n Respect. #TeamSidharthMalhotra"

Thank you for the love tonight and for the past 9 years #Sidians Love n Respect.#TeamSidharthMalhotra pic.twitter.com/JdFCCQYHgy

Varun shared a photo from SOTY on Instagram and wrote, "It’s been 9 years
#tbt #SOTY"

Alia reposted photos and videos from fan pages on her Instagram Story with red heart emoticons and captioned all as, "#9". 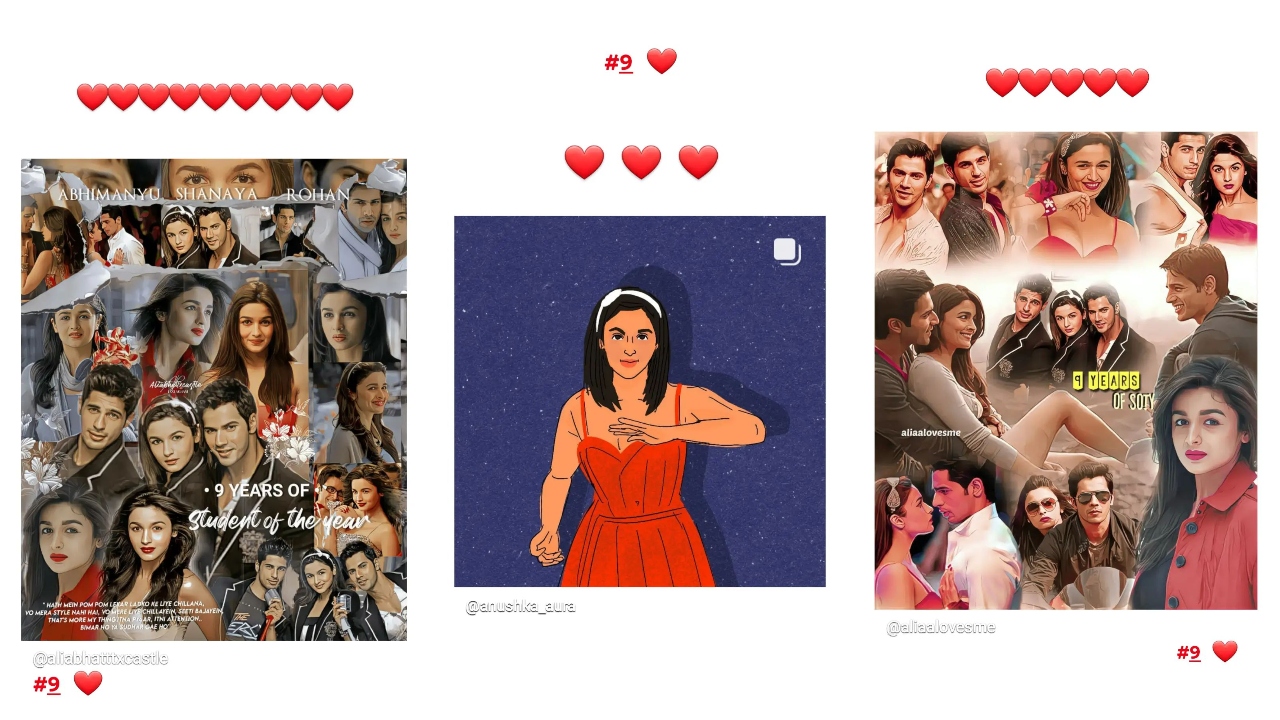