Today, the film clocks 9 years and the team of the film is celebrating online. After penning heartwarming posts on social media, KJo and Alia reunited with Sidharth and Varun virtually on the sets of Rocky Aur Rani Ki Prem Kahani. Karan shared a photo online where Alia and he are seen posing with Varun's and Sidharth's photos on their phones. Sharing the photo on his Instagram story, KJo wrote, "Different sets! The same love! Forever memories!" 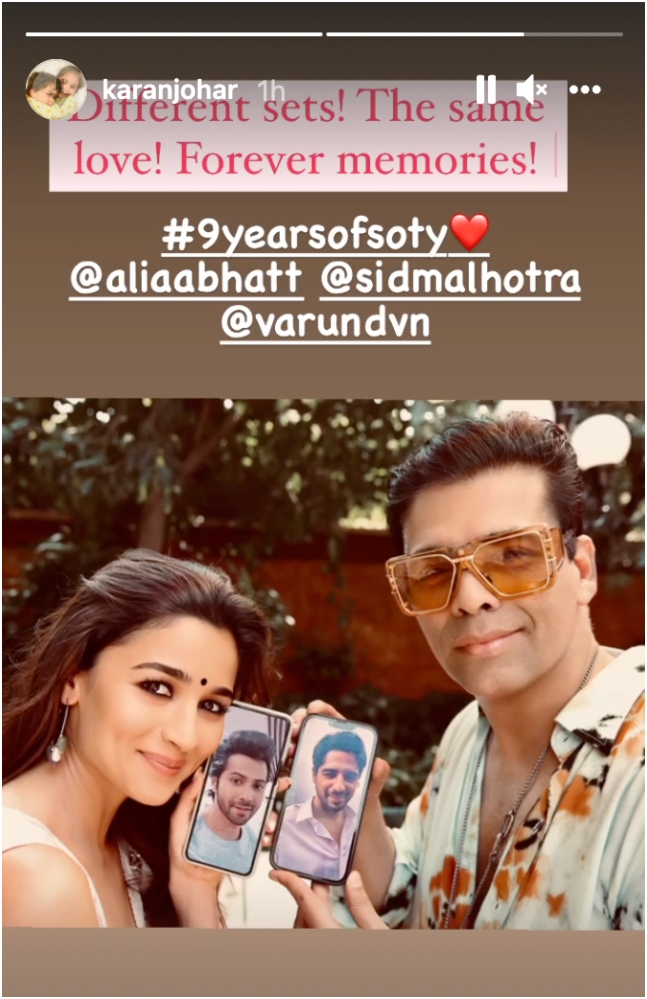 Recommended Read: Couldn't be prouder, here's to the film that started it all: Karan Johar, Varun Dhawan, Alia Bhatt and Sidharth Malhotra celebrate '9 years of Student Of The Year'

Karan's production company Dharma Productions and Punit Malhotra came up with the sequel to Student of the Year. It launched actor Chunky Pandey's daughter Ananya Panday and ballet dancer Tara Sutaria. The two actresses starred along with actor Tiger Shroff. SOTY 2 released in May 2019 and received mixed reviews but the debut performances of Ananya and Tara were praised.