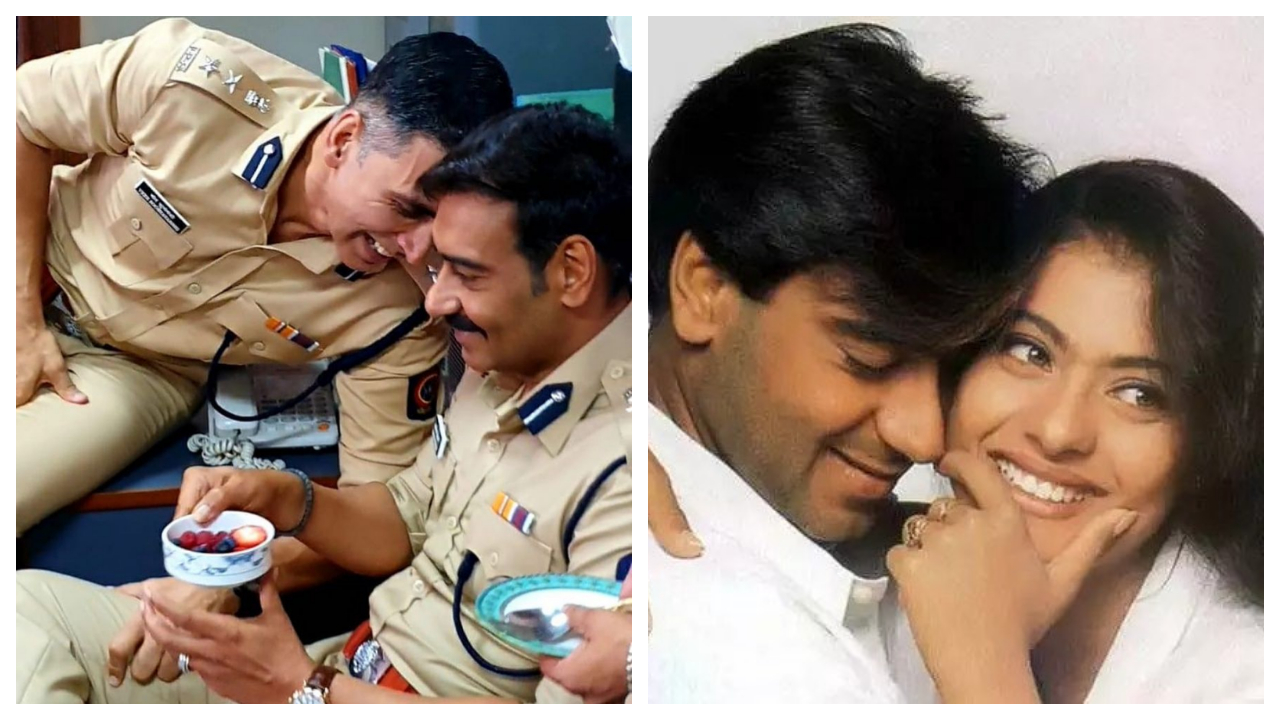 It has been 30 years since Ajay Devgn took the silver screen by storm with his iconic split and martial arts skills in his debut film Phool Aur Kaante that was released on November 22, 1991. There has been no looking back since then for the actor who has broken his action hero image and dabbled in comedy and drama since then and also went on to become a successful director and producer. To celebrate this extraordinary milestone, his colleagues and friends from industry bestowed heartfelt wishes on Ajay. Amongst the wishes, wife Kajol’s and Akshay Kumar’s tributes stood out.

Sharing a still from the sets of Sooryavanshi in which the two actors play super cops, Akshay spoke about their friendship that began decades ago when the two superstars were just young actors hungry to make a mark in Bollywood and starred in several films together. Akshay wrote, “Mujhe yaad hai when as newbies, main aur tu saath saath Juhu beach pe martial arts practice karte the when your dad used to train us (I still remember the days when we as newbies would practice martial arts on Juhu beach when your dad used to train us),” referring to Ajay's father, veteran stunt choreographer and action director Veeru Devgan. He further added, “Kya din the yaar (Those were the days) Ajay Devgn, and just like that it's been 30 years to Phool Aur Kaante. Time flies, friendship stays!”

RECOMMENDED READ: 30 Years of Ajay Devgn: From acting to direction & production, the superstar is unstoppable!

On the other hand, Kajol penned a heartfelt post for her husband and wrote, “Completing 30 years, 3 decades and god knows how many countless hours before that in cinema @ajaydevgn. With the same quiet steady dedication and just letting his work speak for him and what he thinks about the film industry . Respect always. Keep on rocking! #hetheman #soproudofyou #workisworship.”

Amitabh Bachchan shared a message for Ajay as his fans and team are celebrating the day as #AjayDevgnDiwas and wrote, “#AjayDevgn, completes 30 years in the Film Industry, on 22nd Nov, when his film 'Phool aur Kante' released. Soft spoken, non interfering, yet filled with passion. My congratulations Ajay, may you continue for another 70."

T 4103 - #AjayDevgn , completes 30 years in the Film Industry , on 22nd Nov , when his film 'Phool aur Kante' released. Soft spoken, non interfering, yet filled with passion. My congratulations Ajay, may you continue for another 70.

Other celebs like Milan Luthria, Rakul Preet Singh and others also wished the actor. Check out their posts below: 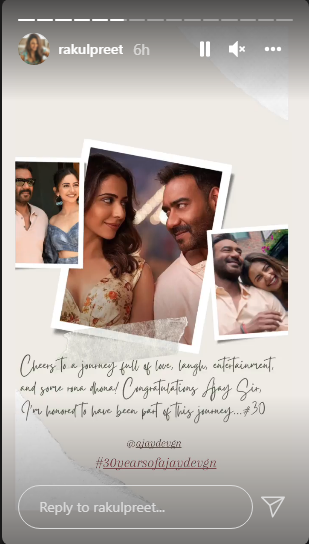 On the other hand, Ajay also shared a video created by his team about his milestone. In the video he says, I have just started warming up,” and adds, “Dua mein yaad rakhna (Keep in your prayers).” Sharing the video, he wrote, “My team made me repost this. But, thank you for all your love. Dua mein yaad rakhna…”