Advertisement
HomeBOLLYWOODENTERTAINMENT NEWS‘Not intimidated by him, but I wanted to do my best,’ says Shahid Kapoor on sharing screen with dad Pankaj Kapur in Jersey

‘Not intimidated by him, but I wanted to do my best,’ says Shahid Kapoor on sharing screen with dad Pankaj Kapur in Jersey 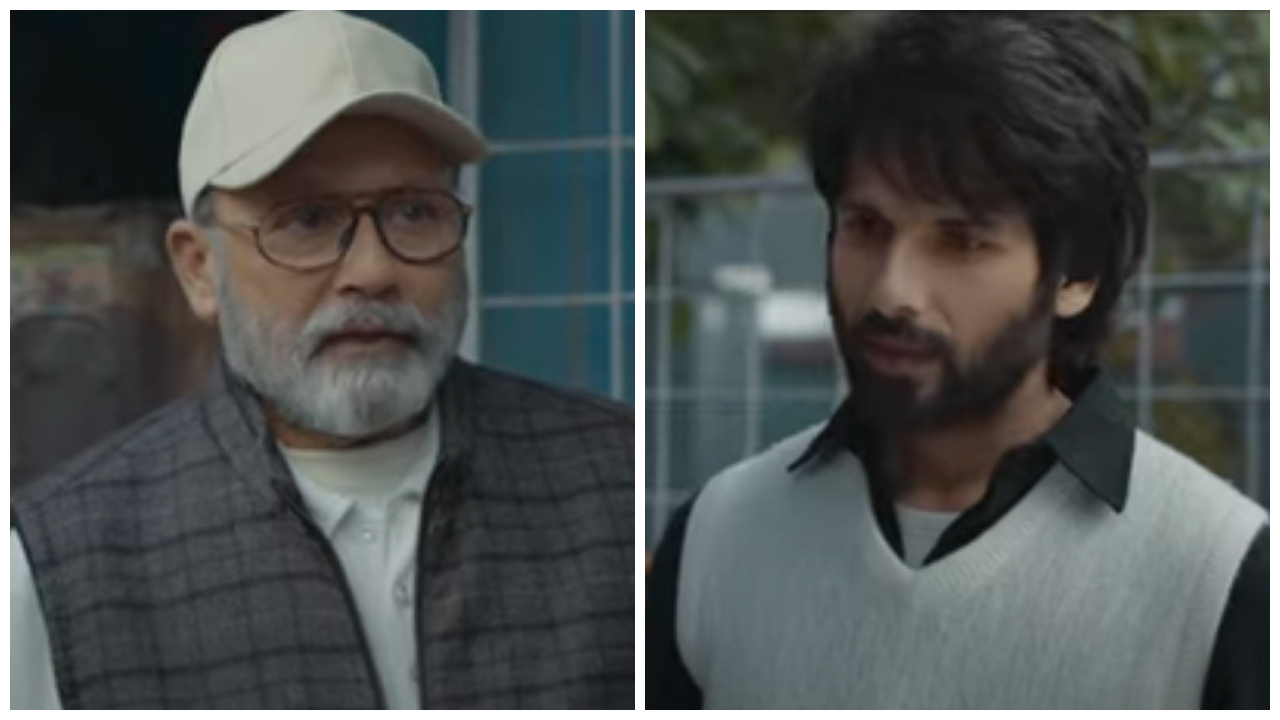 Shahid Kapoor is lighting up the internet today with the trailer release of his highly anticipated sports drama Jersey. The film is the official Hindi remake of Nani’s Telugu superhit of the same name and also stars Mrunal Thakur and Pankaj Kapur. During the trailer launch event of Jersey, Shahid spoke about sharing screen space with his dad Pankaj Kapur and said that although he was not intimidated by the senior actor but tried to give his best to the shots he shared with him.

Speaking about collaborating with his dad in Jersey after working with him in Mausam and Shandaar, Shahid said, “There is a scene where we are having tea together. That was our first day together. I had shot for 15 days already. So for some reason, Gowtam took his shot first. My dad did the take and suddenly Gowtam's expression changed. Then he wanted into the corner and I was like what happened? He was like ‘Sir, will you be able to match his performance because he is outstanding.”

RECOMMENDED READ: Jersey trailer: Shahid Kapoor hits the ball straight out of the park in this thrilling remake of Nani’s Telugu film

The actor further said, “I am not intimidated by him, but I wanted to do my best. It’s amazing to stand with a great actor like him. It’s just amazing seeing what he is doing with his craft. When I worked with Irrfan sir, Tabu ma'am, Kay Kay sir, and him – it’s always a learning experience. It’s scary when you feel you are the best thing in anything. You should always learn.”

Shahid plays a cricketer in Jersey for which he underwent strict training to pass off as a sportsperson. The film is directed by Gowtam Tinnanuri and is presented by Allu Aravind and produced by Aman Gill, Dil Raju and S Naga Vamsi. Jersey is slated to release theatrically on December 31, 2021.