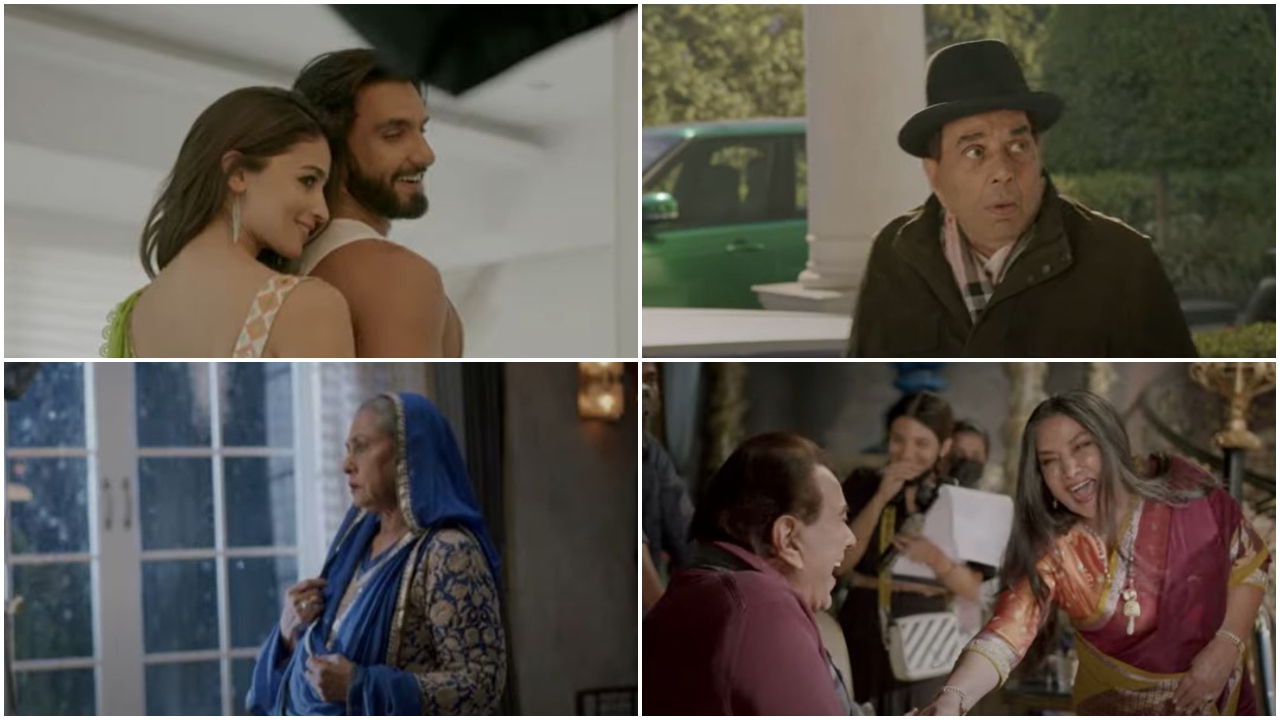 Karan Johar has pulled off the biggest casting coup. He has cast Dharmendra, Jaya Bachchan and Shabana Azmi together with young generation stars Ranveer Singh and Alia Bhatt in his directorial comeback titled Rocky Aur Rani Ki Prem Kahani. The shoot of the film is taking place in Delhi and viral pictures from the sets are piquing the curiosity of fans.

Today, the makers of Rocky Aur Rani Ki Prem Kahani announced its release date. The film will hit the silver screens on February 10, 2023. Dharma Productions shared a video including fun BTS moments from the shoot. It is informed that 50 days of the shoot has been completed with the star cast.

Recommended Read: Rocky Aur Rani Ki Prem Kahani is my excitement project but Takht is my passion project, so right after I am done with my excitement, I’ll head towards my passion: Karan Johar

PeepingMoon sources informed that Rocky Aur Rani Ki Prem Kahani is a cross-cultural rom-com that revolves around a girl who decides to live in with her boyfriend's family before marriage. It is said to be a beautiful dramedy that's immersed in the roots of love and family.