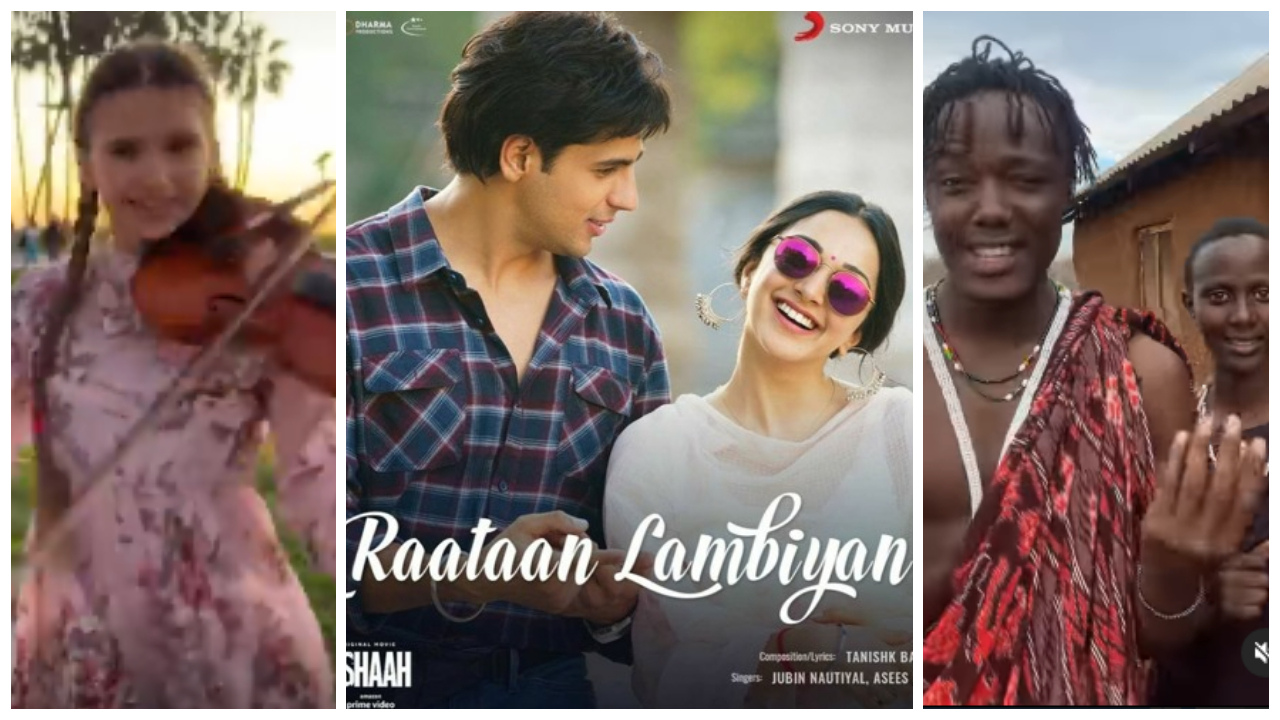 Sidharth Malhotra’s and Kiara Advani’s Shershaah not only moved hearts with its depiction of Param Vir Chakra awardee Captain Vikram Batra’s 1999 Kargil war triumph but also made people hum along with its soulful music and melodious songs. Now, the film’s hit song Raataan Lambiyan has proved that music transcends boundaries and borders and overcomes language barriers.  A case in point is of a Tanzanian sibling duo, TikTok creators Kili Paul and his sister Neema and 13-year-old violinist Karolina Protsenko who have taken the song to a whole new level.

TikTok creator Kili Paul and his sister Neema were seen enjoying and grooving to Raataan Lambiyan dressed in traditional Maasai clothing. Paul posted the video on his Instagram account with the caption, “We not done with this sound yet @jubin_nautiyal #kilipaul #sister #family #tanzania #music #india #bollywood.”

RECOMMENDED READ: From Gunjan Saxena, Shershaah to Meenakshi Sundareshwar, Dharmatic Entertainment taps the pulse of the audience with refreshing, real and raw stories

On the other hand, Karolina mesmerized everyone by playing the violin on the tune of the song on the streets of California, USA. The 13-year-old artist got a round of applause by the assembled people who could not help but stop and listen to her rendition. She shared the video with the caption, “Hey guys . I love this beautiful romantic Indian song I hope you like my performance of “Raataan Lambiyan”. Did you see the movie Shershaal? #music #indian #bollywood #song #songcover #violin #street #performance #girl #happy #smile #romantic #beautiful.”

Raataan Lambiyan is sung by Jubin Nautiyal and Asees Kaur. The song has been composed by Tanishk Bagchi and is the year’s most popular romantic song.