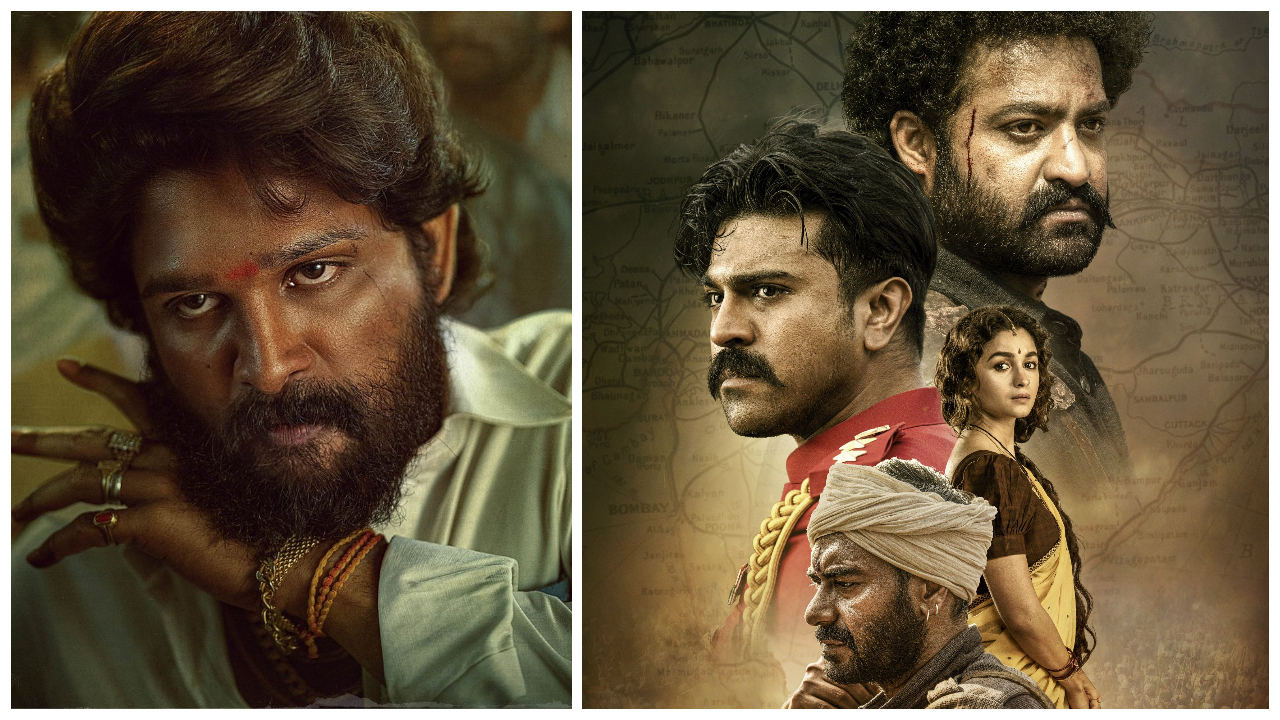 The fans of Southern film industry are in for a treat today as the trailer release date of two of the most anticipated films Allu Arjun’s Pushpa: The Rise and SS Rajamouli’s RRR along with new posters. Read on for more details.

Get ready for the BIGGEST BLAST…

TRAILER out on December 3rd.

RECOMMENDED READ: Samantha Ruth Prabhu joins Allu Arjun on the sets of Pushpa: The Rise for a special dance number

The makers of SS Rajmouli's Pan-India film RRR have shared multiple assets including posters and songs with glimpses of Ajay Devgan, Alia Bhatt, Ram Charan, Jr NTR among others. The film's trailer is also to be unveiled next month followed by a grand event. SS Rajmouli's RRR is all set to unveil its trailer very soon and as the date nears, the team has now disclosed that the trailer release will be accompanied by an event on December 3. It is going to be one of the biggest events and trailer launches of the year, because post-pandemic, it is for the first time Bollywood and South industry are coming together to launch something. The launch event will feature Junior NTR and Ram Charan from South, and Ajay Devgan, Alia Bhatt among others from Bollywood. Moreover, the director SS Rajmouli will also be there with the team.

Ahead of the film's trailer release, RRR has been making good noise amongst the masses with its previous assets and latest song titled Janani, the soul of the film. The makers have so far unveiled intriguing looks of the actors who will be playing such strong roles in the film. The movie includes a star-studded lineup besides lead actors Ram Charan and Jr. NTR. Ajay Devgn, Alia Bhatt, Olivia Morris, Shriya Saran will be seen in pivotal roles while Samuthirakani, Ray Stevenson, and Alison Doody join in as supporting roles. The Telugu-language period action drama film is produced by D. V. V. Danayya of DVV Entertainments. RRR is releasing on 7th January 2022.

Allu Arjun’s Pushpa: The Rise trailer to release on December 6

Allu Arjun's upcoming film, Pushpa: The Rise, directed by Sukumar, is just a few weeks away from release. Ahead of its theatrical release, the makers announced the trailer release date today of the film along with a new poster. Mythri Movie Makers, the film's production house, announced that the trailer will hit the web on December 6. Pushpa: The Rise is a period actioner and also stars Rashmika Mandanna and Fahadh Faasil. Jagapathi Raju, Prakash Raj, Dhananjay, Anasuya Bharadwaj, Harish Uthaman and Vennela Kishore play supporting roles in the film. The film’s music has been composed by Devi Sri Prasad. Samantha Ruth Prabhu will be performing a special number in the film. The film is slated to release on December 17, 2021.