Vicky Kaushal’s and Katrina Kaif’s hush-hush wedding on December 9 in Rajasthan has become the talk-of-the-town with everyday new details filtering in media. Although the couple has not announced about their nuptials officially but today Vicky was spotted at Katrina’s residence ahead of their court wedding. The actor was dressed in a blue sweatshirt and brown cap and greeted the media with folded hands.

Vicky and Katrina will be married under the Special Marriage Act, 1954. Three witnesses will sign a declaration form in the presence of a registrar.

RECOMMENDED READ: Katrina Kaif’s and Vicky Kaushal’s wedding in Rajasthan will be attended by 120 Bollywood bigwigs 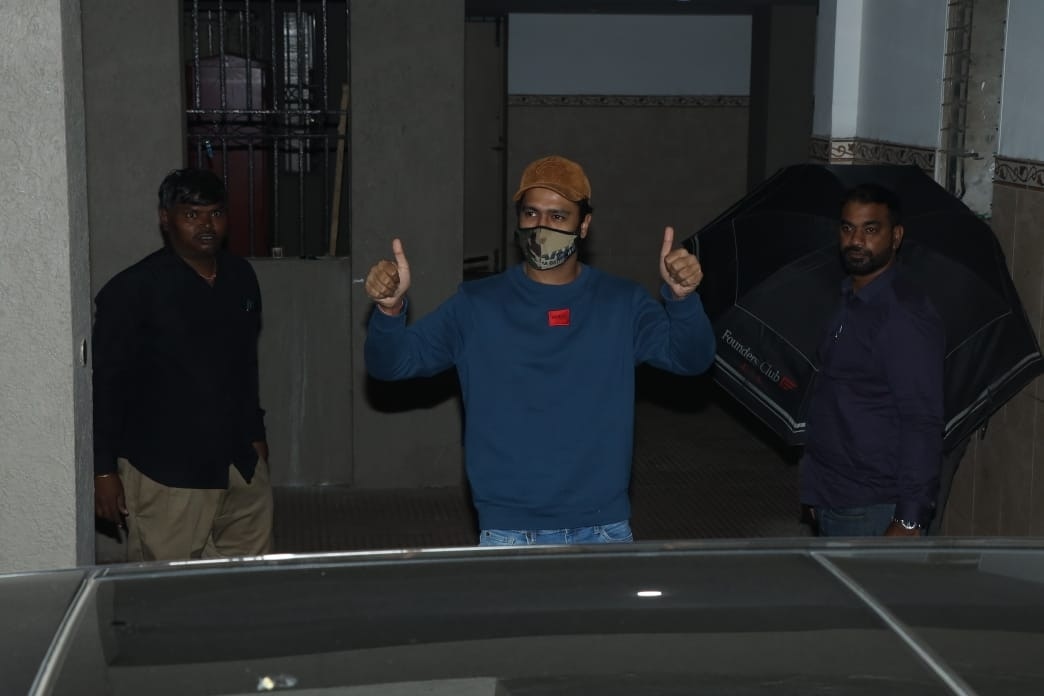 On the other hand, stylist Anaita Shroff Adajania was also clicked at the actress’ residence with several shopping bags.

Watch: Dhinchak Pooja is back with a bang, turns into a ‘biker’ wi

Priyanka Chopra Jonas recalls wearing her mangalsutra for the first time, reveals she thought if the idea of it was 'too patriarchal'

Can affect the business of Shehzada: Paresh Rawal on Allu Arjun's Ala Vaikunthapurramuloo's Hindi theatrical release

BTS fame Kim Taehyung aka V breaks records, becomes the first Asian to have 4 Instagram post with over 17 million likes