Advertisement
HomeBOLLYWOODENTERTAINMENT NEWS'Irrfan knew for about two years that death was approaching him,' reveals Naseeruddin Shah

After a long yet strong battle with cancer, Irrfan passed away on April 29, 2020, leaving his family members and fans bereaved. What's left is his fond memories and his legacy of cinema that inspires many young and aspiring actors. Naseeruddin Shah, a close friend and co-star of Irrfan, recalled his phone calls with the actor when he was in London for treatment. He revealed in an interview that for about two years before passing away, Irrfan knew death was approaching him.

Naseeruddin told a leading daily, "Irrfan knew for about two years that it was going to happen. I spoke to him several times over the phone even when he was in the hospital in London. It was amazing and it was a real lesson how he dealt with it. He would say: ‘I am observing death approaching me and how many people get that opportunity? To be able to see this grim reaper coming towards you and you are almost welcoming him.’" 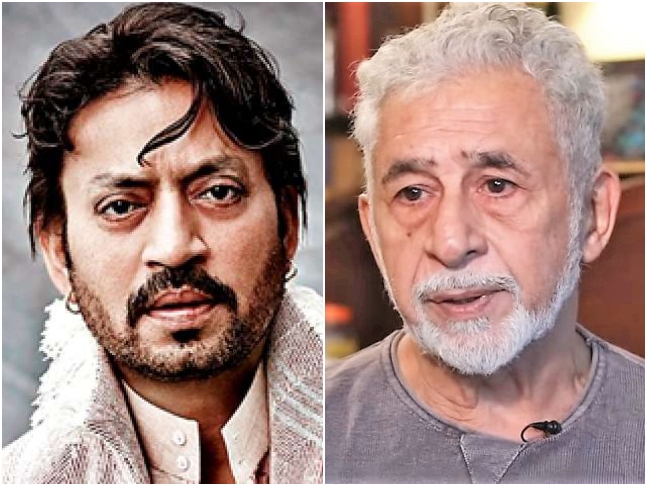 Recommended Read: Shoojit Sircar reveals the reason behind signing Babil Khan for a project, says 'feels quite good that we are still in touch with Irrfan'

He further added, "Of course, it was a terrible loss. But it was not in our hands. It was just your bodily machinery shutting down. You don’t have any control over it."

Naseeruddin starred with Irrfan in films like Maqbool, Private Detective: Two Plus Two Plus One and 7 Khoon Maaf.

Watch: Dhinchak Pooja is back with a bang, turns into a ‘biker’ wi

Priyanka Chopra Jonas recalls wearing her mangalsutra for the first time, reveals she thought if the idea of it was 'too patriarchal'

Can affect the business of Shehzada: Paresh Rawal on Allu Arjun's Ala Vaikunthapurramuloo's Hindi theatrical release

BTS fame Kim Taehyung aka V breaks records, becomes the first Asian to have 4 Instagram post with over 17 million likes