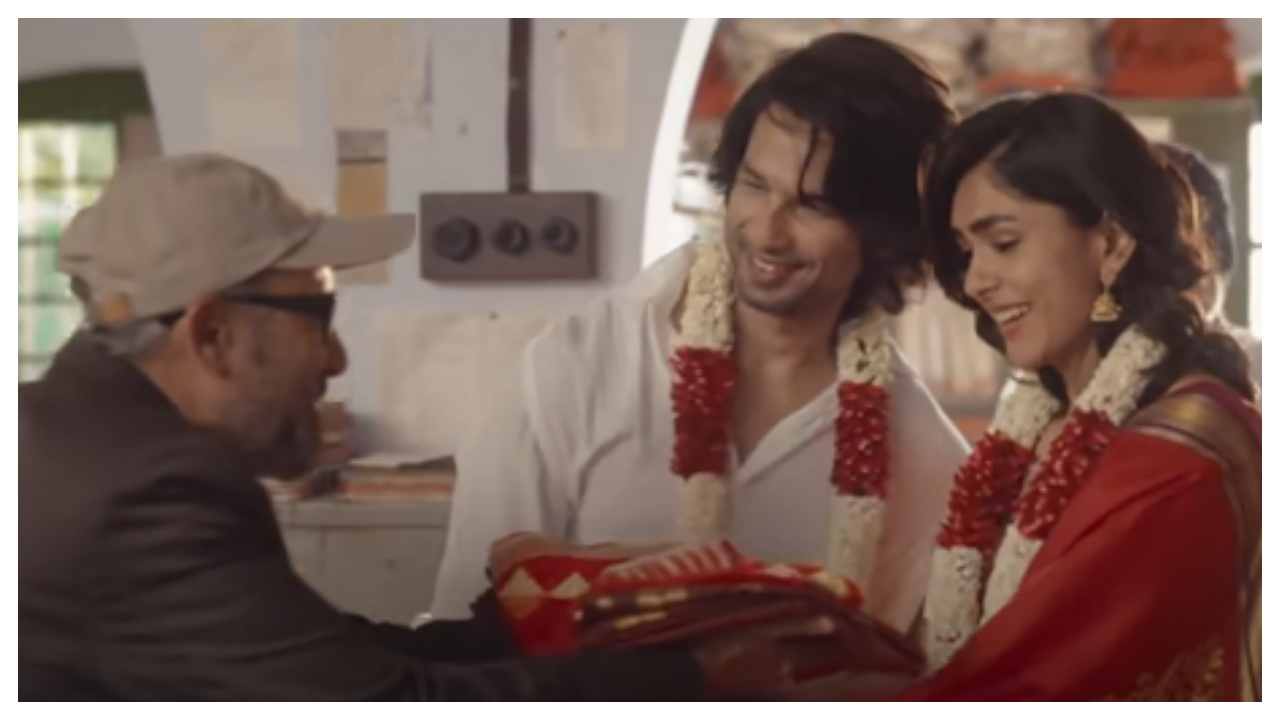 Jersey has been cooking up a storm ever since the trailer made a debut on the internet. Fans cannot wait to watch their favourite superstar Shahid Kapoor on 70 MM again. After the thunderous success of the recently launched Jersey anthem Mehram, the makers of the film have now released their next number, Maiyya Mainu!

The poster for the song already had the internet abuzz with excitement for the soon-to-be-released song. And now, fans cannot stop obsessing over this new hit number! Featuring heart-stopping chemistry between Shahid Kapoor and Mrunal Thakur, the song is a romantic number composed by Sachet-Parampara. The soulful song reminds us that it is love that makes the world go round! Pankaj Kapur also makes an appearance in the song performing daddy duties and blessing the actors during their court wedding.

Speaking about the song, Aman Gill said, “Maiyya Mainu is a song that showcases the deep bonds  between our protagonists played by Shahid and Mrunal! They've both done a brilliant job in the movie! Sachet-Parampara have composed the romantic song of the season and we hope you enjoy listening to it!”

Composed, arranged and produced by Sachet-Parampara, the song has been sung by Sachet Tandon, with the heart-warming lyrics penned by Shailender Singh Sodhi, popularly known as Shellee. Upping the ante on the euphoria surrounding the launch of the film, the song has the fans waiting with bated breath and counting down to Jersey’s release.

Slated to hit the theatres on 31st December, Jersey has fans counting down to the New Year for more reasons than one! Presented by Allu Aravind, the movie has been directed by the National Award winning filmmaker Gowtam Tinnanuri, Produced by Aman Gill, Dil Raju and S Naga Vamsi.The foot-tapping, powerful numbers by Sachet-Parampara already have fans humming the Jersey tunes.