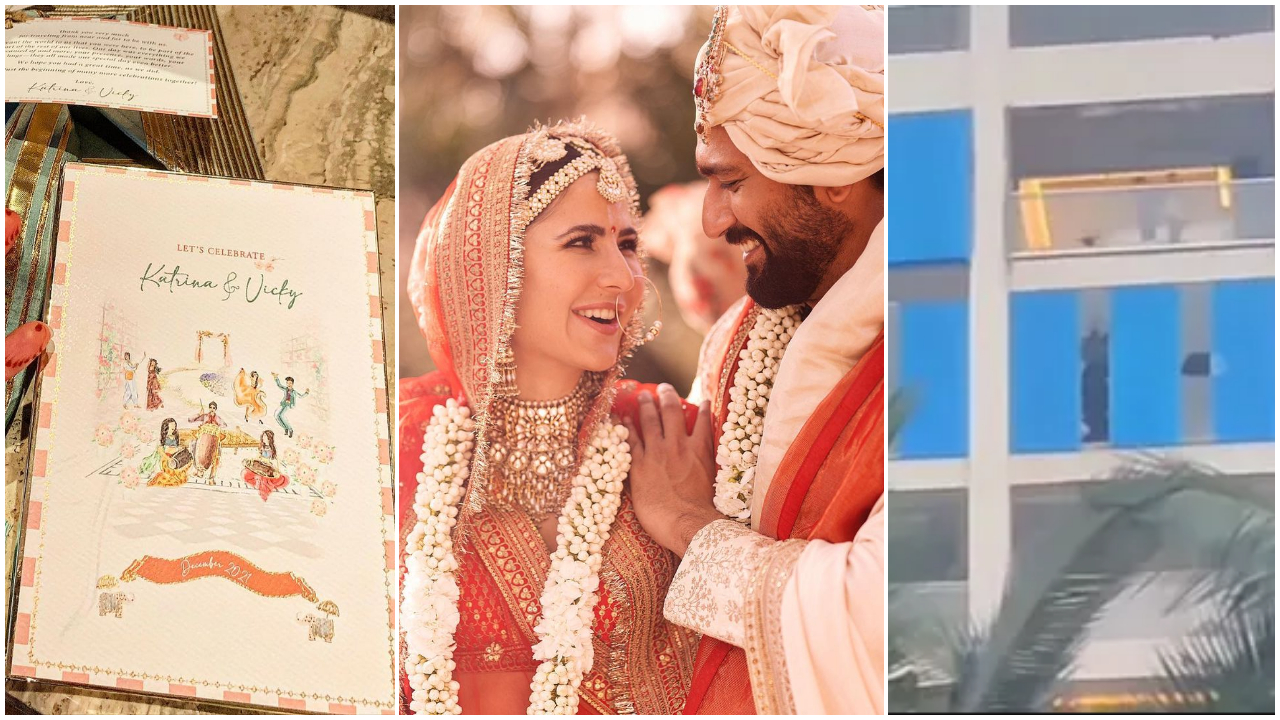 Vicky Kaushal and Katrina Kaif are married making all their fans, friends and family extremely happy and joyful. The newlyweds soon are moving into their new house in Juhu, Mumbai where they will be neighbours to none other than Anushka Sharma and Virat Kohli.

A video of the property overlooking the beach has been shared on the web. The video shows large glass walls in between pillars that give a breath-taking view of the sea. The video shows blue panels on the building as the construction work is underway. Earlier, Anushka had congratulated the couple with a hilarious comment in which she confirmed they will be her neighbours and wrote, “Congratulations to both you beautiful people! Wishing you guys a lifetime of togetherness, love and understanding. Also glad you are finally married so that now you can move into your house soon and we can stop hearing construction sounds.”

RECOMMENDED READ: Anushka Sharma confirms Vicky Kaushal and Katrina Kaif are her neighbours, wants them to move into new house soon for THIS reason!

On the other hand, Vicky and Katrina’s wedding card has been shared by the latter’s trainer Reza Katani. He also shared a few photos from the festivities on Instagram along with a sweet note. Katrina's trainer Reza Katani posted one of the photos shared by the couple along with a few photos of himself from the wedding festivities and wrote, “To say I had the experience of a life time would be an understatement. To be honest ever since I met kk every experience has been an unbelievable adventure. With that said I want to wish @katrinakaif and @vickykaushal09 a lifetime of laughter, excitement and love. The bringing of two such amazing families can only create something spectacular and I can’t wait to see what the future has in store for you both. Thank you for including me in your celebrations and allowing me to be a part of your special day. I love you both (sic).”

After tying the knot on December 9, Vicky and Katrina were spotted on December 10, flying off from the Sherpur helipad in Sawai Madhopur, Rajasthan. Their family members and guests arrived back in Mumbai yesterday.

Is Satya 2 in the making? Manoj Bajpayee drops major hint with his lat