Advertisement
HomeBOLLYWOODENTERTAINMENT NEWSVarun Dhawan plants a kiss on wife Natasha Dalal's cheeks as he grooves to 'Teri Bhabhi Khadi Hai'; reveals how he convinced her to make the reel

Varun Dhawan plants a kiss on wife Natasha Dalal's cheeks as he grooves to 'Teri Bhabhi Khadi Hai'; reveals how he convinced her to make the reel 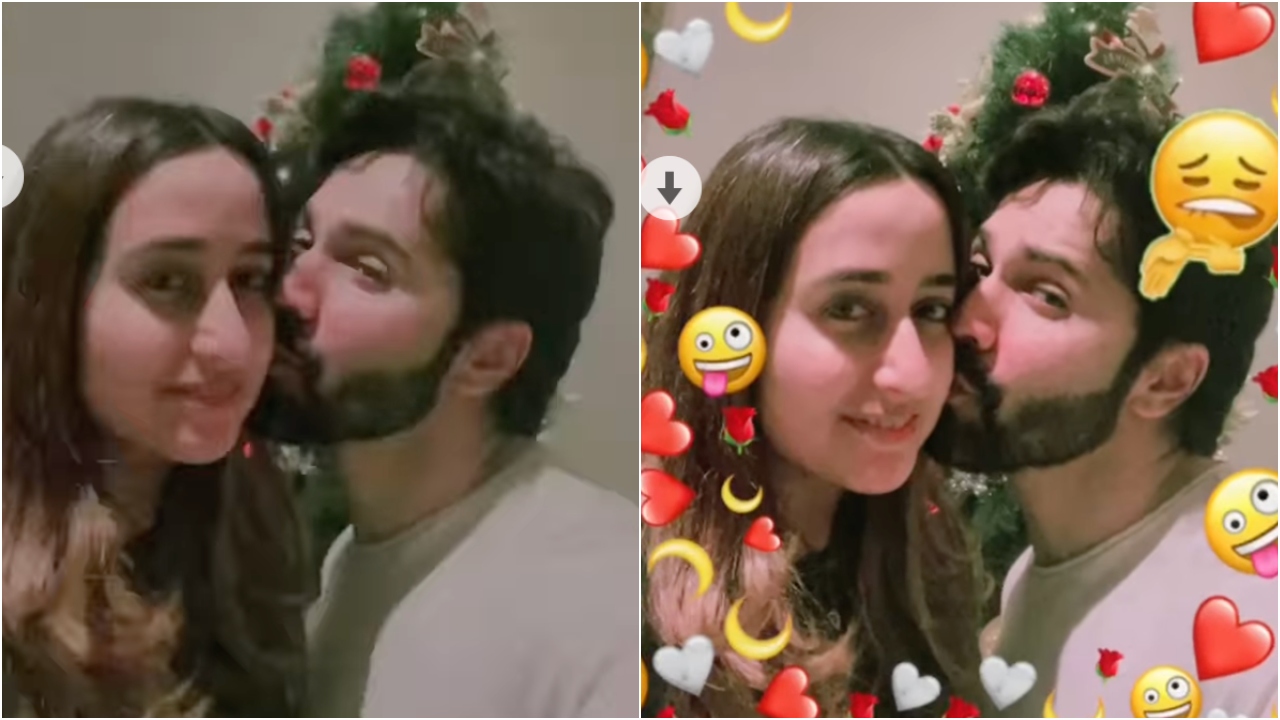 Ever since Varun Dhawan tied the knot with Natasha Dalal in January 2021, the actor has kept the social media presence with his wife lowkey. However, this morning was different. The actor put out a trending reel with Natasha on his Coolie No. 1 song Teri Bhabhi Khadi Hai which originally featured him and actress Sara Ali Khan and was released last year in December.

In the reel, VD is seen planting a kiss on Natasha's cheeks as the song plays in the background. But it was not that easy to convince Natasha to make this reel. VD revealed how his ladylove agreed to do so. The actor captioned the reel as, "Teri bhabhi khadi hai I had to tell natasha IL shoot this with someone else for her to agree to do this. She may never do another reel with me haha but she knows how much I love this song and how happy I am that it’s trending after an entire year so she obliged."

Several fans and celebrities dropped comments on the reel. Sara reacted to the video with heart and fire emojis. For the unversed, Teri Bhabhi Khadi Hai started trending again earlier this week when the song completed one year of its release. Several content creators put out creative reels on the song and made it a big hit for reel users worldwide.

Varun and Natasha tied the knot on January 24 at Alibaug’s luxurious resort The Mansion House. The wedding was a strictly private affair with about 50 guests present in the ceremony. Select friends from the film industry including Karan Johar, Zoa Morani, Kunal Kohli, Manish Malhotra and Shashank Khaitan, amongst others, were present at the event.