Advertisement
HomeBOLLYWOODENTERTAINMENT NEWS‘Kappeals to everyone,’ says Amul as it applauds Ranveer Singh’s ’83 with a new topical advertisement taking a spin on Kapil Dev

‘Kappeals to everyone,’ says Amul as it applauds Ranveer Singh’s ’83 with a new topical advertisement taking a spin on Kapil Dev 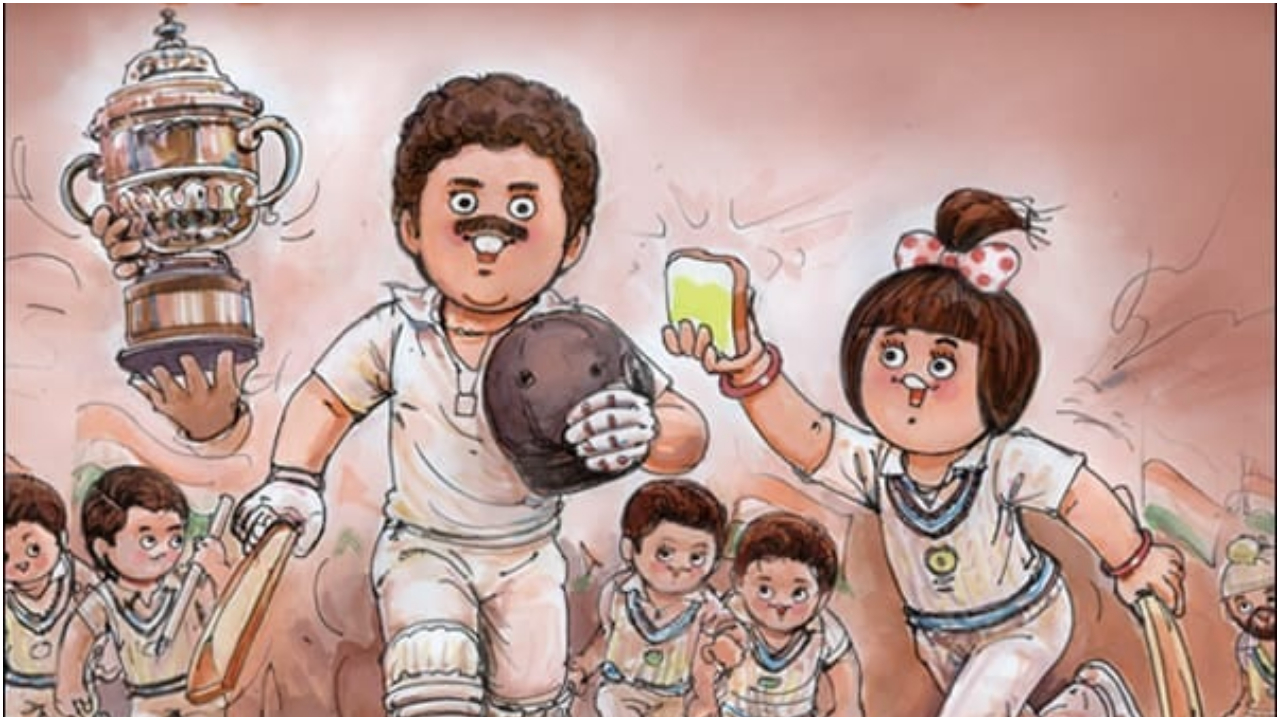 The dairy giant Amul has joined the bandwagon to applaud Ranveer Singh starrer ’83 that released in theatres today. The film has been directed by Kabir Khan and chronicles India’s first triumph at the 1983 Cricket World Cup. Amul came out with a topical advertisement showering praise on the film as well as cricket legend Kapil Dev who led his team of underdogs to a surprise victory over clear-favourites West Indies way back in 1983.

Depicting Ranveer in hi Kapil Dev avatar and his team members running behind him and holding aloft the World Cup, Amul captioned the topical, “Kappeals to everyone! Ate Tea Treat.” Sharing the topical on social media, the official handle wrote, “#Amul Topical: Movie ‘83’ based on India’s spectacular World Cup victory!

The Amul girl could also be seen running beside Ranveer-Kapil cartoon with a toast in her hand and a bat in the other and wearing the jumper of Indian team.