Advertisement
HomeBOLLYWOODENTERTAINMENT NEWS83: Ranveer Singh says he has detached himself from box office results, here's why

83: Ranveer Singh says he has detached himself from box office results, here's why

Ranveer Singh's 83, based on the Indian national cricket team's victory at the 1983 World Cup, received rave reviews from the critics and the audience who watched it on the big screen. At the box office, the Kabir Khan directorial is competing with Allu Arjun's Pushpa and Tom Holland's Super-Man: No Way Home. Despite tough competition and the spread of the Omicron variant of COVID-19, 83 got a decent opening. But, Ranveer is not bothered about the box office collections.

In an interview with an entertainment portal, the actor, who played the role of Kapil Dev in 83, said that he has detached himself from the results. Ranveer shared that the only thing that matters to him is the process. "The process is the prize. For instance, this film (83), people on Friday were like ‘kitna kamaya, Chattisgarh mein kitna kamaya, yeh yahaan pe…’ It’s Saturday evening, and I haven’t once asked how much were the collections. I have detached myself from the results. It is not about the results anymore for me, but the process," Ranveer told. 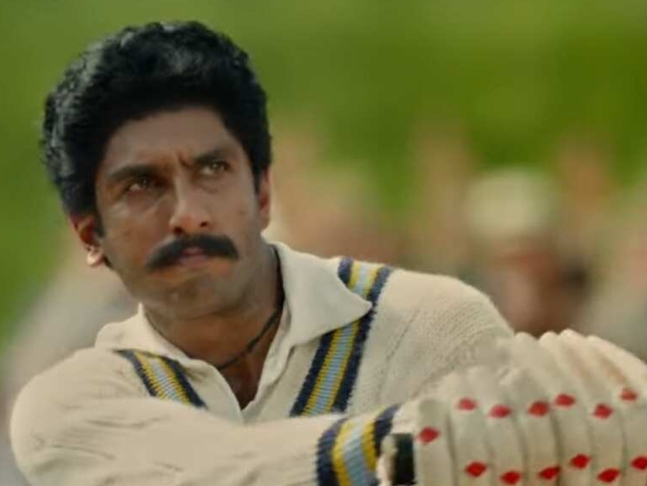 Recommended Read: Ranveer Singh becomes Santa for his young fans on Christmas, organises special screening of 83 for them

He further shared that he gets joy when he is on sets and working with the finest talents in the industry. "That’s my entire focus. The results will make you temporarily happy, or temporarily sad, but that’s the only value I attach to something," he added.