Kareena Kapoor Khan along with husband Saif Ali Khan, their children Taimur Ali Khan and Jehangir Ali Khan were clicked in the city as they visited her father Randhir Kapoor at his Bandra home. Karisma Kapoor was also clicked by the paparazzi. On the other hand, Sara Ali Khan along with mother Amrita Singh visited the Mahakaleshwar temple in Ujjain, Madhya Pradesh and shared photos on social media. Read on for more details:

RECOMMENDED READ: PeepingMoon Best Of 2021: If the title of Chaka Chak is now left with me forever, I think that's just amazing - Sara Ali Khan

In the pictures, Kareena was seen dressed in a white T-shirt paired with blue denims and white sneakers. She tied her hair back, had a face mask on and carried a handbag. Saif Ali Khan wore a grey T-shirt, light blue denims and white sneakers. Taimur on the other hand, wore black T-shirt with matching pants and beige coloured sneakers. He carried a backpack and a toy gun which he aimed at the paparazzi assembled outside. Jeh was seen in his nanny’s arms while Karisma opted for a pink sweatshirt and black trackpants. 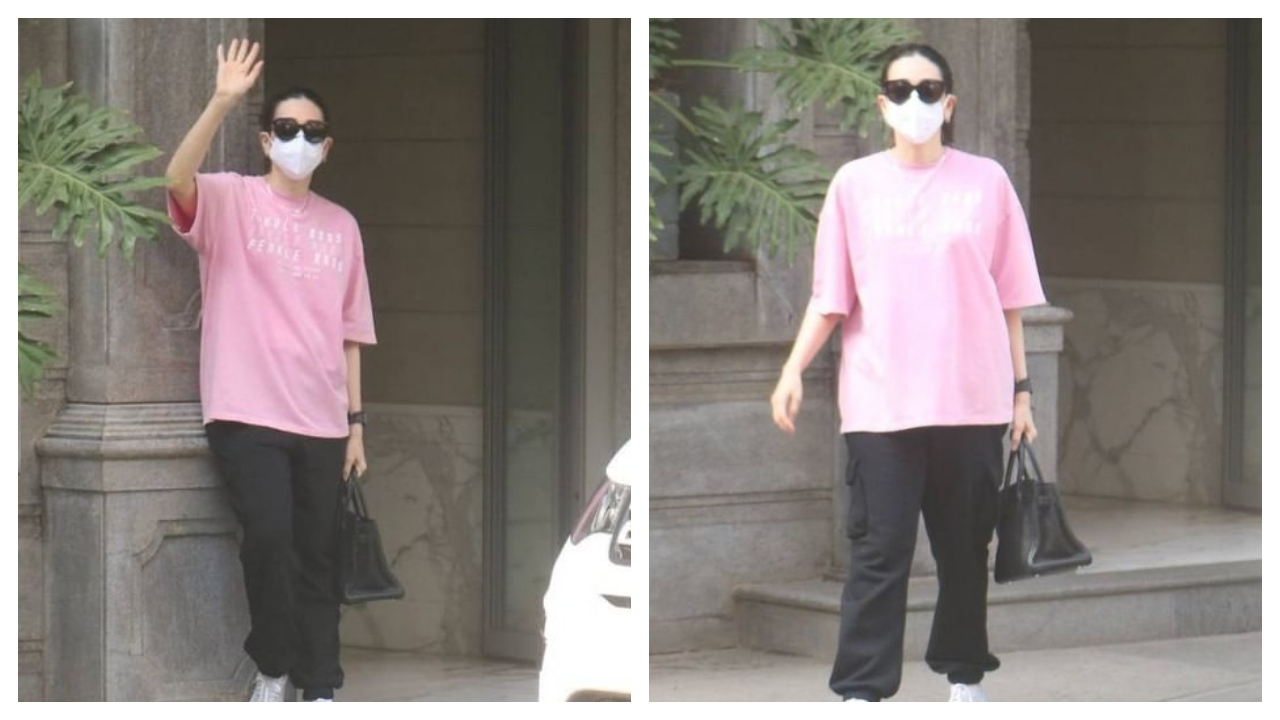 Sara Ali Khan took to Instagram today to share pictures of her visit to Mahalaleshwar temple in Ujjain with mom Amrita Singh. Sharing pictures of herself and Amrita from the famous Mahakaleshwar Jyotirlinga in Ujjain, Sara captioned them, "Maa aur Mahakal". In the pictures, Sara and Amrita can be seen inside the temple premises, wearing salwar kameezes and face masks on.