On August 2, 2021, Peepingmoon.com exclusively informed its readers that Ali Abbas Zafar is next directing a thriller film starring Shahid Kapoor. The Tiger Zinda Hai and Bharat director locked a thriller that takes place over one night and signed Shahid to play the lead. In November 2021, Shahid confirmed the news and announced the yet-untitled film on Twitter.

Now, the actor has revealed his first look from the film in a unique manner. Shahid wished Ali on his birthday with a BTS photo from the film's sets and wrote, "Happy happy birthday @aliabbaszafar. Love you loads brother. Can’t wait to see you soon on set!!" Re-sharing Shahid's post on his Instagram Stories, Ali replied saying, “Thank you @shahidkapoor. Look out kar diya (You've revealed the look)… #Welldone.” 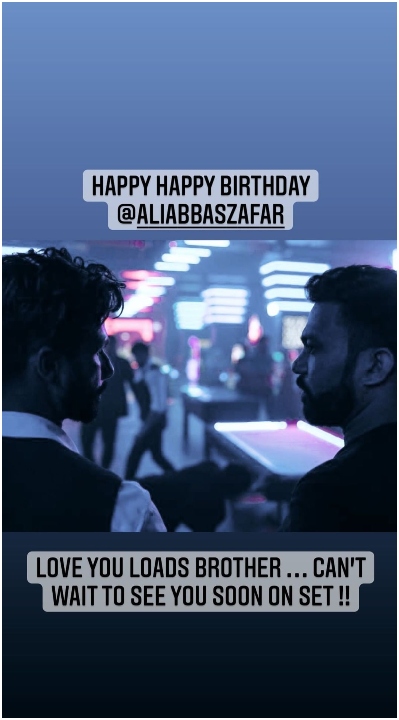 According to a source close to the development, this is a film Ali has been planning to adapt for the Indian audiences for quite some time now. Shahid was also looking for a project that's set in commercial space yet is different from the typical masala potboiler and Ali's this script checked all his boxes.

For the unversed, the film is the remake of the 2011 French film Nuit Blanche.