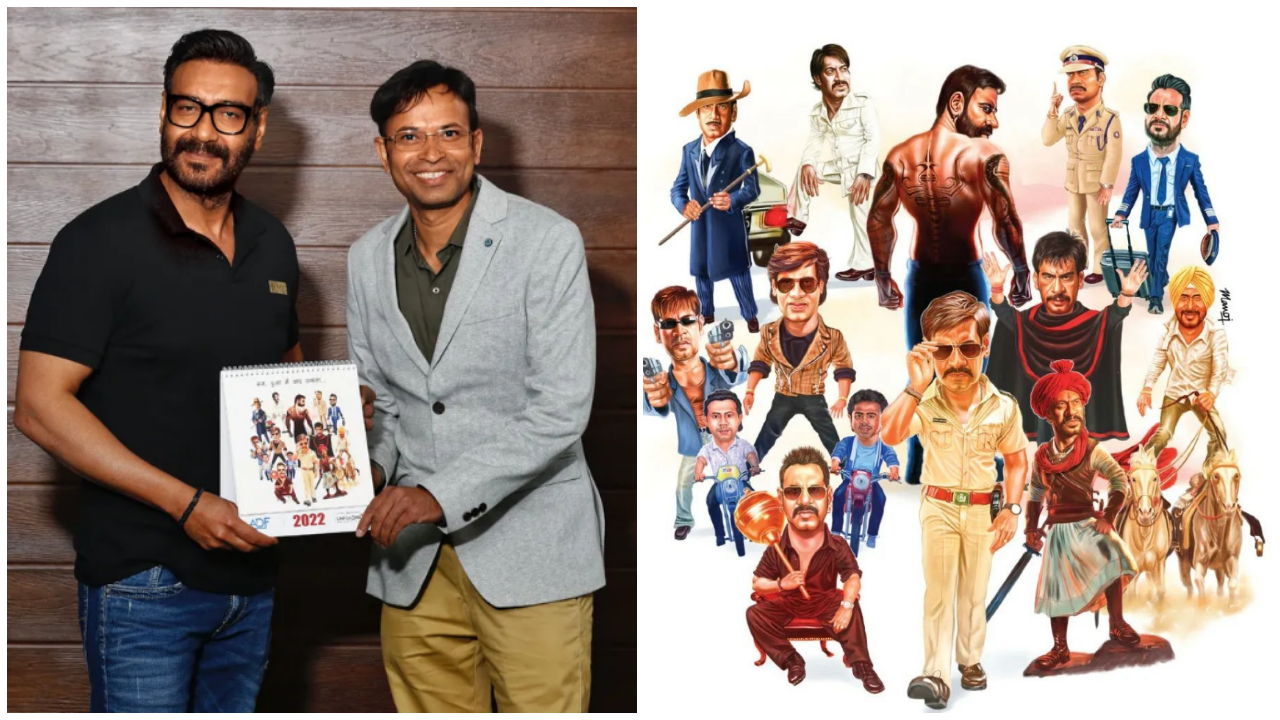 Manoj Sinha draws them as he sees them.  After a long and successful stint as an “ace cartoonist” with the Hindustan Times, New Delhi based, Manoj continues to pursue his sketching dreams independently. While he has sketched renowned personalities like ex-President of India, Dr Abdul Kalam Azad and current Prime Minister, Shri Narendra Modi, Manoj has made calendars on only four prominent Indian celebrities. They include Amitabh Bachchan, Aamir Khan, Mahendra Singh Dhoni and Ajay Devgn.

Asked why he chose two-times National Award winner and Padma Shri Ajay Devgn for his 2022 calendar, Manoj says, "I have followed Devgn’s cinema work closely over the last three decades.  In November 2021, he completed 30 years in cinema and that’s when I taught of paying my tribute to him through my digital cartoons."

RECOMMENDED READ: Don't let the world's expectations turn into your inhibitions: Ajay Devgn pens a letter to his 20-year-old self about brutal rejections and failures

The 2022 calendar which was launched earlier today in Mumbai by Ajay Devgn has 12 remarkable cartoons of the filmmaker-superstar including his first film Phool Aur Kaante and his box office blockbuster Tanhaji: The Unsung Warrior. Each page also features dialogue from his films. The calendar has a special quality that makes it an absolute lifetime keepsake for Devgn fans.

When asked how he felt about this honour, Ajay said, "I’m humbled and honoured that Manoj chose me as his calendar model.  I had liked the calendars he made for Amitji, Aamir and Dhoni.  I’m happy that I’m featured this year. It’s a memento to commemorate my 30 years in Indian cinema. God and my fans have been kind. The journey has just begun."