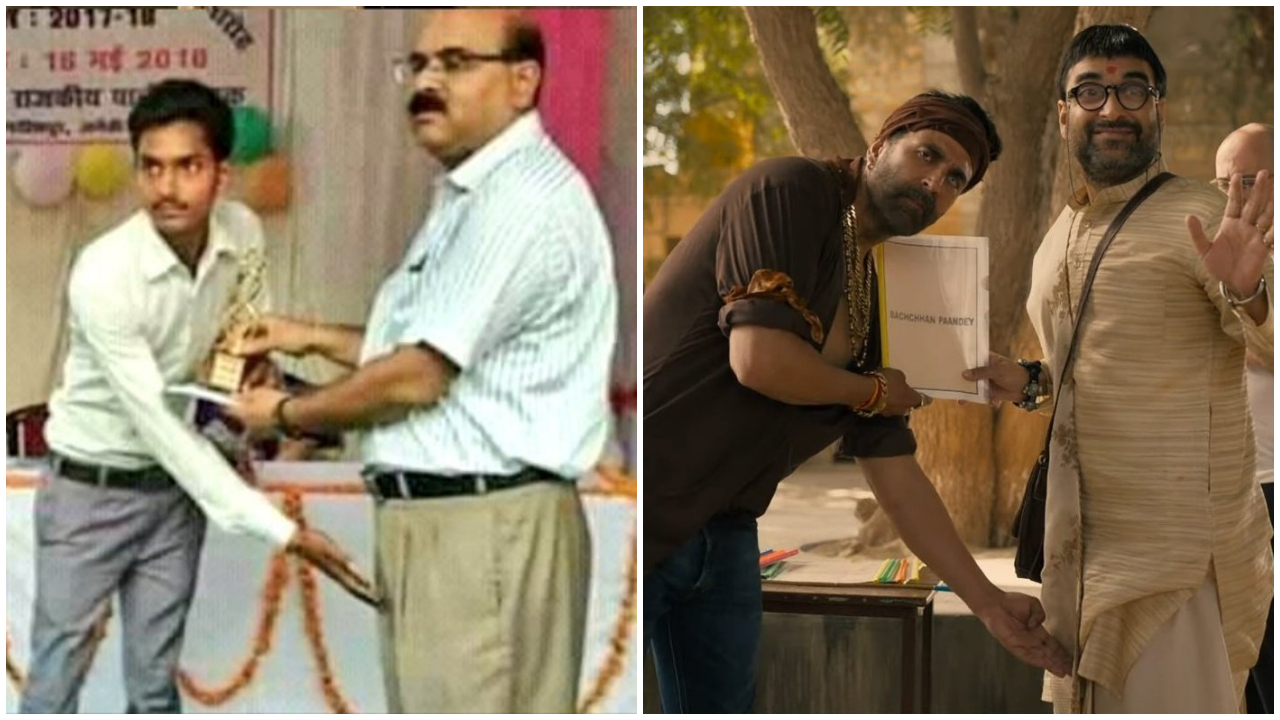 The trailer of Akshay Kumar’s Bachchhan Paandey dropped recently lighting up the internet. The trailer has been loved by the audience creating the right buzz for the film. However, what caught everyone’s attention was Akshay recreating the viral ‘crotch-grabbing’ meme with Pankaj Tripathi in the film. The actor has completely replicated the image of a student who did the same to the dignitary who was presenting him an award and went viral as the ‘crotch-grabbing’ meme.

Netizens had a field day after they noticed the meme being incorporated in the film. One user even wrote how Akshay's Bachchhan Paandey is 'inspired by true events'.

Apparently, this is not the first time the film has used a meme. A poster of Jacqueline Fernandez and Akshay sipping coconut water with bizarre straws was also highlighted as it was copied from the coconut water-drinking meme. Check out the tweets belwo:

Bachchhan Paandey is also a remake of the Tamil film Jigarthanda that was released in 2014. It also stars Arshad Warsi and Kriti Sanon. The film will release on March 18, 2022.