Advertisement
HomeBOLLYWOODENTERTAINMENT NEWSAttack Part 1 trailer: John Abraham turns into a super soldier in a futuristic world where wars are fought on technology and artificial intelligence

Attack Part 1 trailer: John Abraham turns into a super soldier in a futuristic world where wars are fought on technology and artificial intelligence 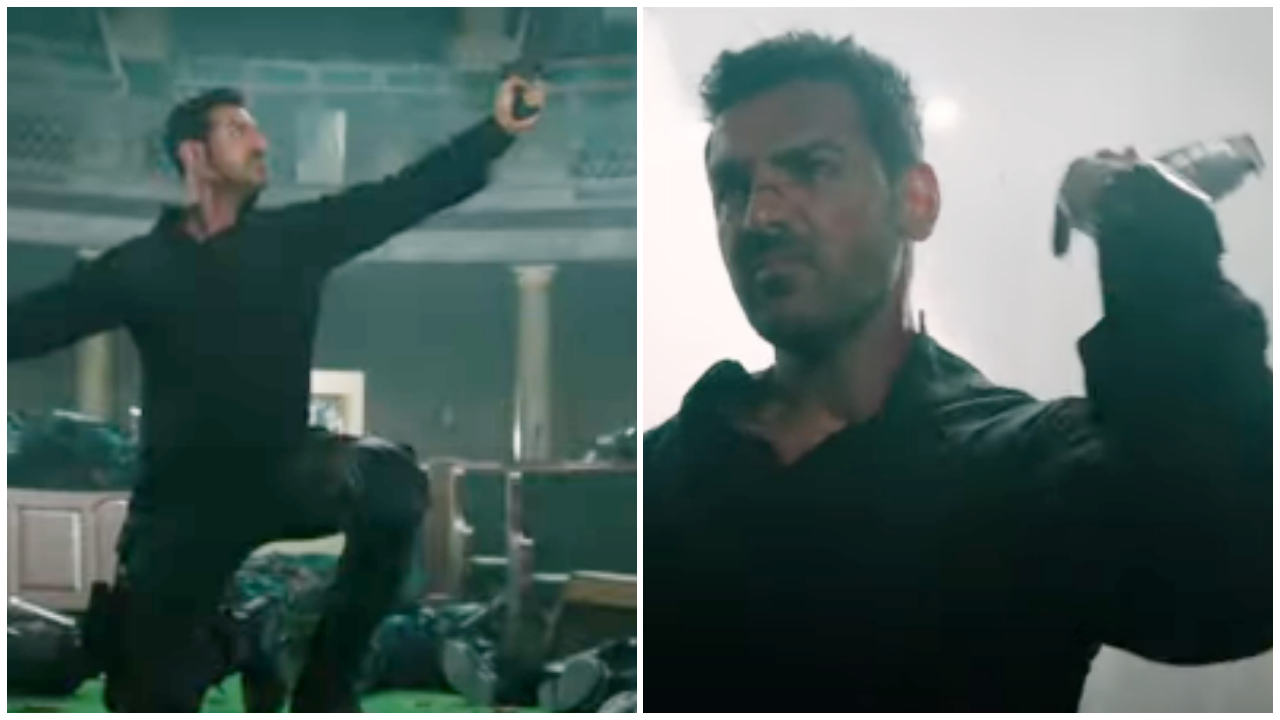 The trailer of John Abraham’s highly-anticipated action film Attack Part 1 is out now. The film also stars Jacqueline Fernandez and Rakul Preet Singh in the lead. The trailer promises a high-octane action film with John at the forefront fighting it out for the country as a super soldier whose powers are enhanced by technology and scientific breakthrough. Helmed by Lakshya Raj Anand, Attack Part 1 is a big-ticket franchise based on a world where future wars will be fought on technology and artificial intelligence (AI).

Elated John Abraham elaborates, "Attack is a homegrown concept of JA entertainment and is the kind of storytelling we understand and curate, the action scenes are unparalleled and compliment the story beautifully. There are so many surprises in Attack that we have protected and haven’t yet revealed in the teaser & trailers since my confidence is high in what our team has achieved and what the audiences are about to witness on the big screen, I am glad we are all set to release on 1st April!"

Director Lakshya Raj Anand, said, “Attack is a very special project for me as it’s my ode to action films that I’ve enjoyed through my life and now giving those same tropes my own take makes it super special..  But above all we’ve made this film with a fantastic team of very passionate people who have given their blood, sweat, and tears..  so am glad the movie-going audience is back and they’re going to witness our hard work and perseverance on the big screen”

Producer Jayantilal Gada (Pen Studios) adds, “This one from pen studios is made with a lot of heart and is going to bring in a new way of storytelling to our industry. You see, John being a super-soldier is a very appealing idea and the concept of Attack is very entertaining and going to be a clutter breaker. We are thrilled to have the film set to release in cinemas and we hope audiences enjoy the entertainer.”