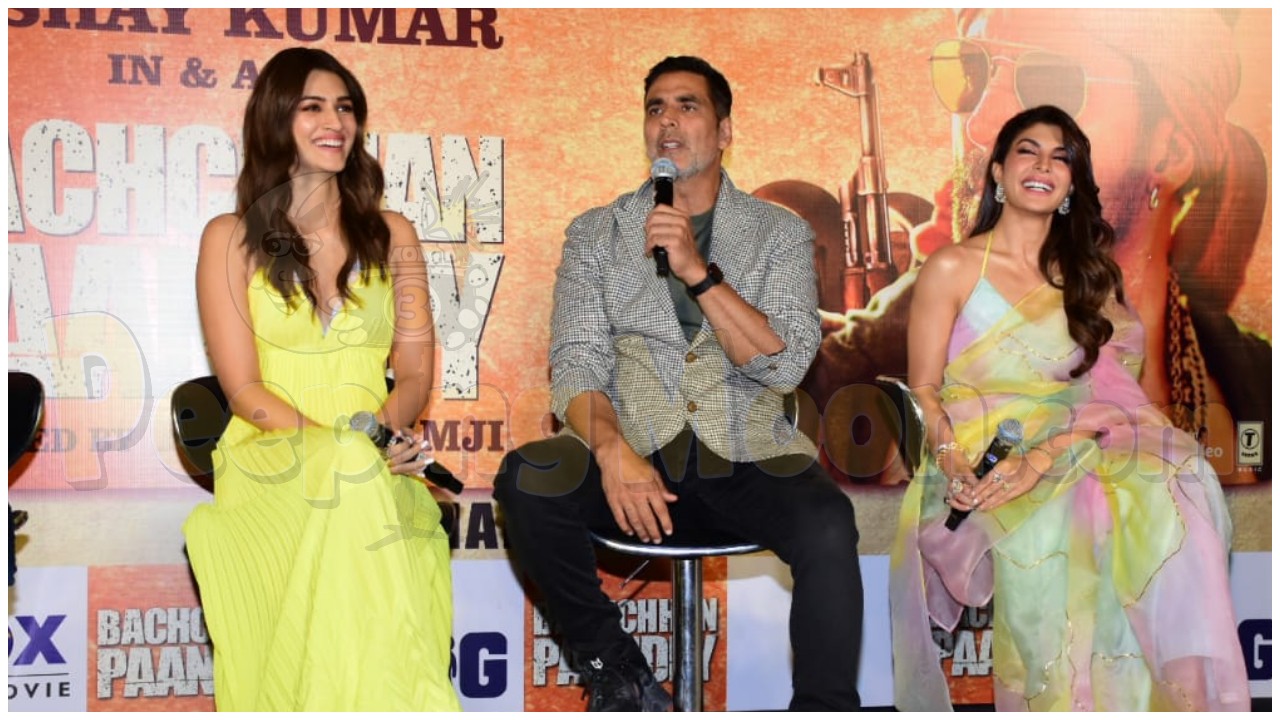 Akshay Kumar, Kriti Sanon, Jacqueline Fernandez and Arshad Warsi’s upcoming comedy-drama Bachchhan Paandey has got everyone excited ever since its trailer was dropped online. Now, at the trailer launch event organized by the makers for a fun media interaction the star cast spoke about a lot of things right from the film to making a biopic on some actor.

During the media interaction, Kriti was asked on which actor she would like to make a film on. The actress surprised everyone by taking Akshay’s name. She said, “Inki biopic banaoongi (pointing at Akshay). Inki life story bahut interesting hogi, kahan se shuru kiya, inki life style, aapko kya lagta hai Sir?”

Bachchhan Paandey is directed by Farhad Samji and produced by Sajid Nadiadwala. The film is all set to release in theatres on March 18.