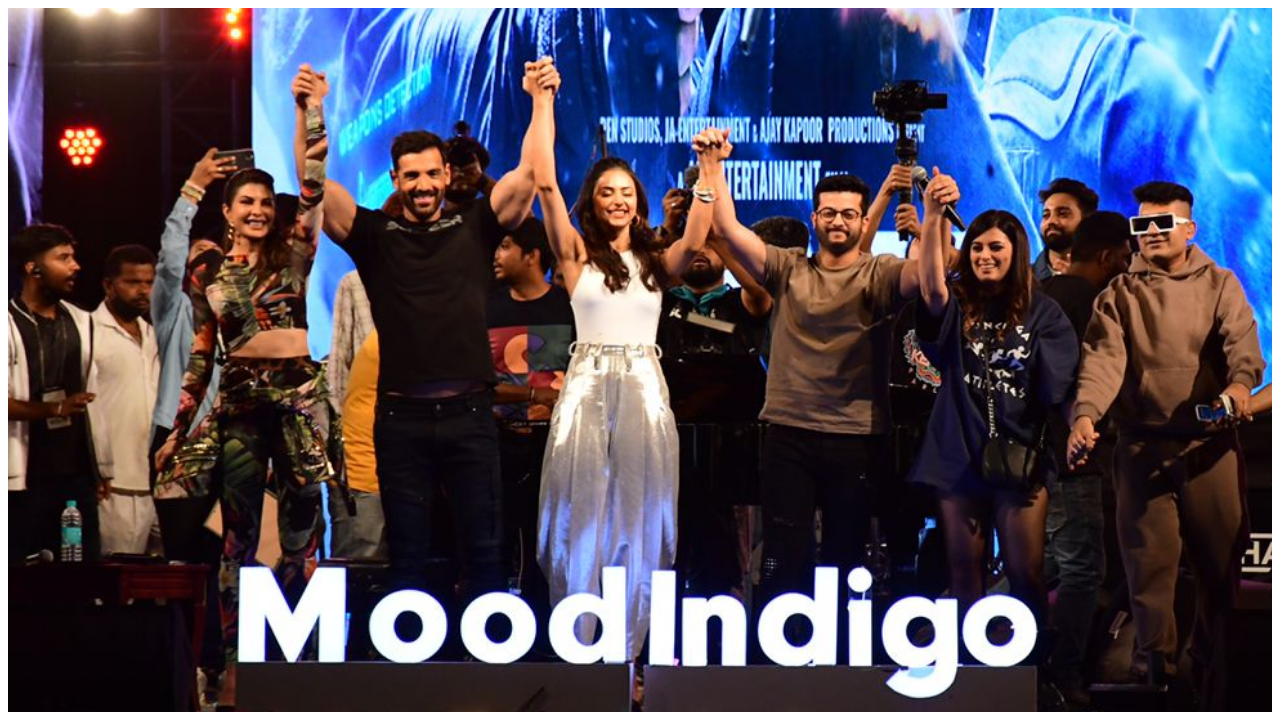 John Abraham’s upcoming action entertainer ATTACK has raised the anticipation levels higher ever since the launch of the teaser, trailer and first song Ik Tu Hai from the movie. Helmed by Lakshya Raj Anand, Part 1 of Attack is a big-ticket franchise based on a world where future wars will be fought on technology and artificial intelligence.

John Abraham interacted with the IIT students in the crowd and encouraged them to do their best for India’s future in IIT. The event commenced with the love song Ik tu hai, sung by Jubin Nautiyal which was the major highlight of the entire evening, the song is picturised on the journey of love from the first meeting, to a passionate love story, to then becoming an eternal love story.

The music album composed by Shashwat Sachdev is different which incorporates along with the storyline of the film, threading in the narrative, it's integrated through the film so the story goes forward.