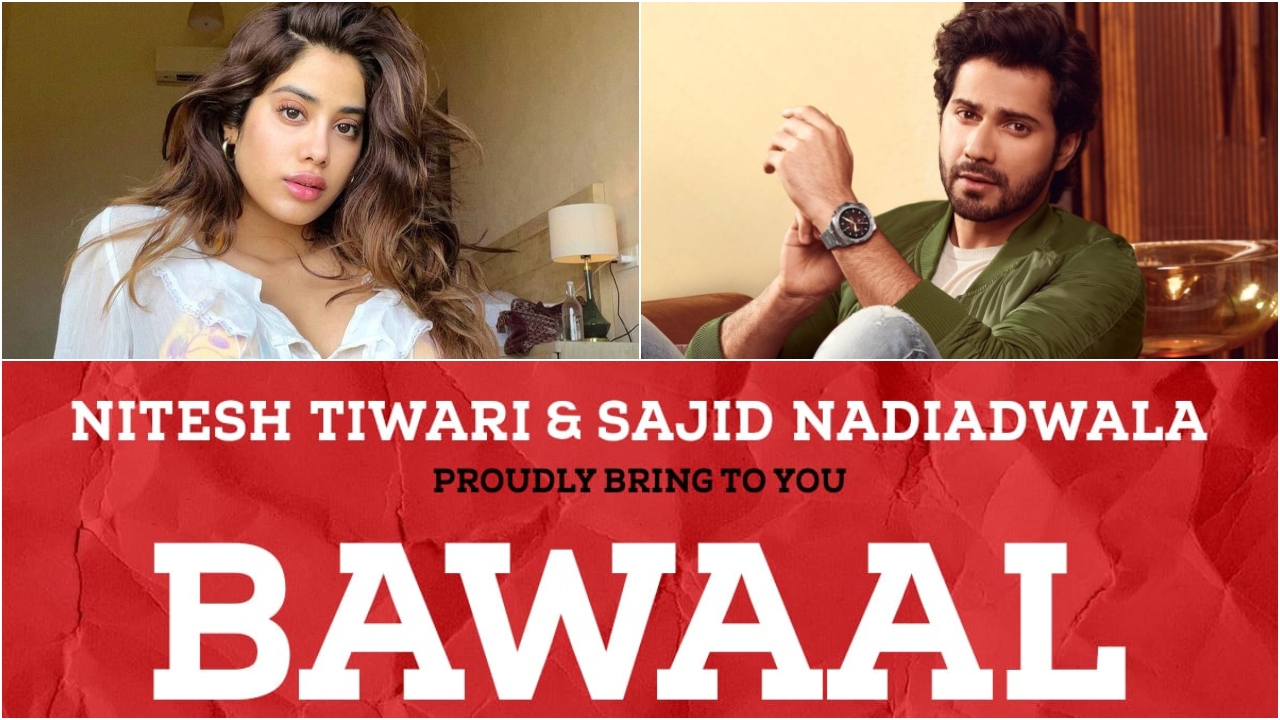 On December 21, 2021, PeepingMoon has exclusively informed its readers that Nitesh Tiwari has signed Varun Dhawan and Janhvi Kapoor for his next film. Now, a few days ago, we revealed that the film is expected to revolve around the concept of "trophy wife syndrome". Today, putting an end to the wait, the film was announced.

Headlined by Janhvi and Varun, the film is titled Bawaal and it will release in theatres on April 7, 2023. It is produced by Sajid Nadiadwala. In the past, Nitesh had collaborated with the producer for the National Award-winning film Chhichhore.

Varun and Janhvi are teaming up for the first time. They had signed Shashank Khaitan's Mr. Lele but due to some undisclosed reasons, the film got shelved. It is now being remade with Vicky Kaushal, Kiara Advani and Bhumi Pednekar. The new title is Govinda Naam Mera.