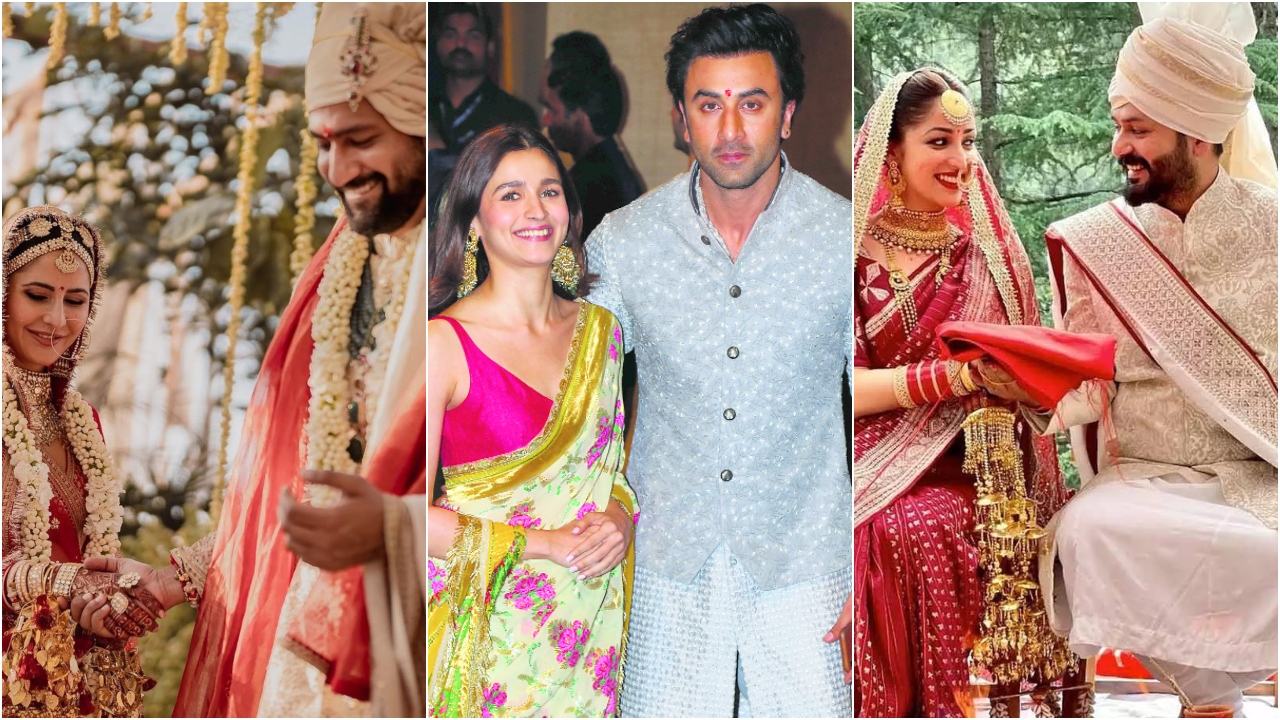 The trend of intimate weddings is here to stay. Bollywood celebrities have been following the pattern for quite some years and amid the pandemic, couples considered low-key marriages more than ever. While intimate weddings co-exist with big fat Indian weddings, star couples have set the benchmark high with close-knit yet beautiful ceremonies hosted at exotic locations.

Now, rumours are rife that Ranbir Kapoor and Alia Bhatt are tying the knot next week. The wedding festivities are expected to kickstart on April 13 and end on April 17. Reportedly, it will be a close-knit ceremony with family members and close industry friends in attendance. The venue is said to be RK Studios in Chembur. As the buzz regarding the most awaited wedding gains ground, let's take a look at the celebrity couples who went for intimate weddings.

Recommended Read: Ranbir Kapoor and Alia Bhatt to offer langar at a Gurudwara similar to Rishi Kapoor-Neetu Kapoor for their wedding?

Vicky Kaushal and Katrina Kaif's wedding was the talk of the town in 2021. Their wedding was a highly private one with family members and a few friends in attendance. It took place on December 9 in Rajasthan. Vicky and Katrina, who kept their relationship a secret, shared pictures only after they tied the knot.

After being in a relationship for 11 years, Rajkummar Rao and Patralekhaa got married in Chandigarh on November 15. The couple kept it low-key and celebrities like Huma Qureshi were in attendance. Rajkummar and Patralekhaa made their wedding official by sharing pictures on Instagram.

Rhea Kapoor and Karan Boolani's wedding was a major surprise. Without letting the secret out, the stylist and film producer married her longtime beau at her maternal home in Mumbai with family members in attendance. Indeed, it was a hush-hush and no-fuss affair!

Yami Gautam made headlines for her secret marriage with director Aditya Dhar. Away from the city's noise and paparazzi's attention, the actress had a simple traditional wedding in Himachal Pradesh. Making for the prettiest bride, Yami honoured her Himachali roots on her big day.

Varun Dhawan married his childhood sweetheart Natasha Dalal in Alibaug on January 24, 2021. Amid much speculation, the celebrated couple took their relationship forward in the presence of their family members and a few industry friends. After the ceremony, they stepped out of the venue to pose for the shutterbugs.

One of the biggest weddings of 2018 was a private affair. Ranveer Singh and Deepika Padukone chose Lake Como for their Sindhi and Konkani weddings. From imposing a no-phone policy to keeping it a close-knit affair, the couple made sure their special day was memorable and simple.

Anushka Sharma and Virat Kohli took their relationship to the next level by tying the knot on December 11, 2017. Lake Como was the venue. The bride and groom opted for simple yet beautiful outfits for the big day. Their wedding continues to inspire people.