Advertisement
HomeBOLLYWOODENTERTAINMENT NEWSAkansha Ranjan Kapoor and Anushka Ranjan to host a bachelorette party for Alia Bhatt ahead of her wedding with Ranbir Kapoor?

Akansha Ranjan Kapoor and Anushka Ranjan to host a bachelorette party for Alia Bhatt ahead of her wedding with Ranbir Kapoor? 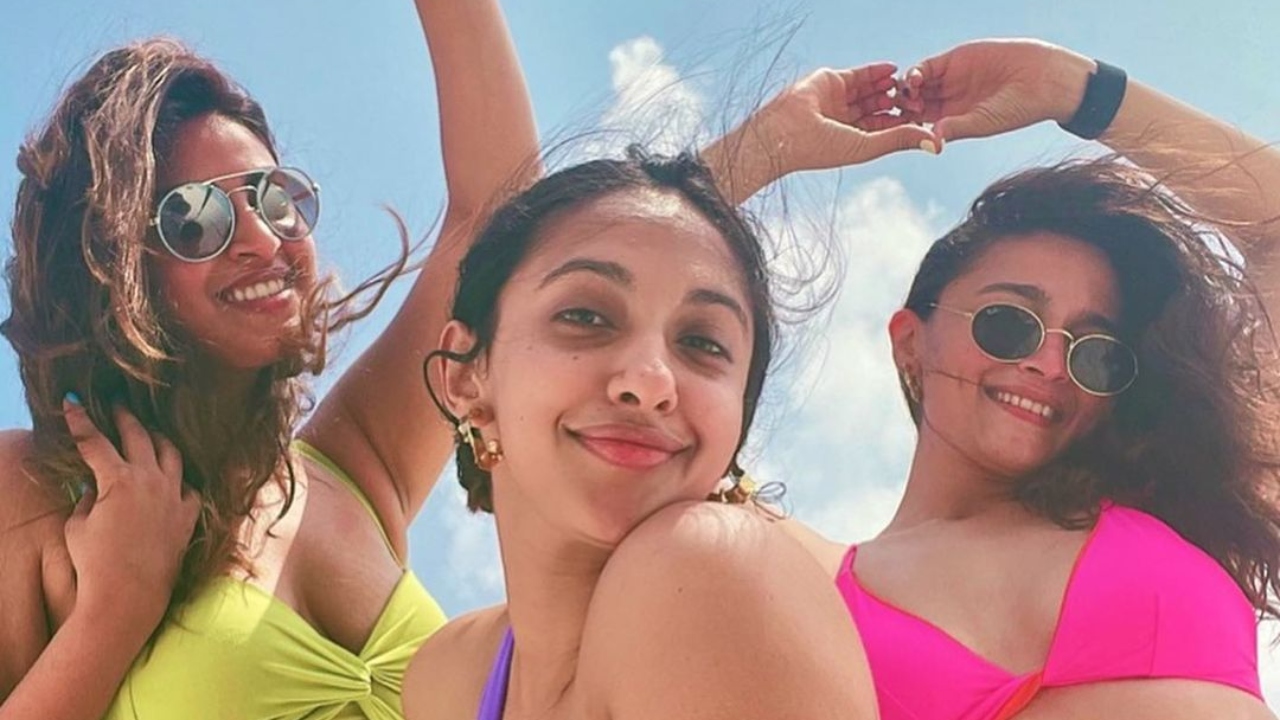 Alia Bhatt and Ranbir Kapoor's wedding rumours are keeping fans intrigued. It is being reported that the much-awaited wedding of the year will be taking place next week in Mumbai. The preparations have reportedly begun. Now, according to a news portal's report, Alia's friends Akansha Ranjan Kapoor and Anushka Ranjan are planning a special bachelorette party for the actress.

A source told the portal, "Akansha and Anushka have been friends with Alia for the longest time. They are planning a special party for the actress ahead of her wedding with Ranbir. The party will most likely take place at Anushka's place. And the guest list includes Alia's childhood friends as well."

Reportedly, Ranbir is throwing a party for his friends ahead of the wedding. As per reports, the actor's friends like Ayan Mukerji, Arjun Kapoor and Aditya Roy Kapur will be present at the bash. There is no official announcement regarding any pre-wedding festivities.

Reportedly, Alia and Ranbir's wedding festivities will begin on April 13.