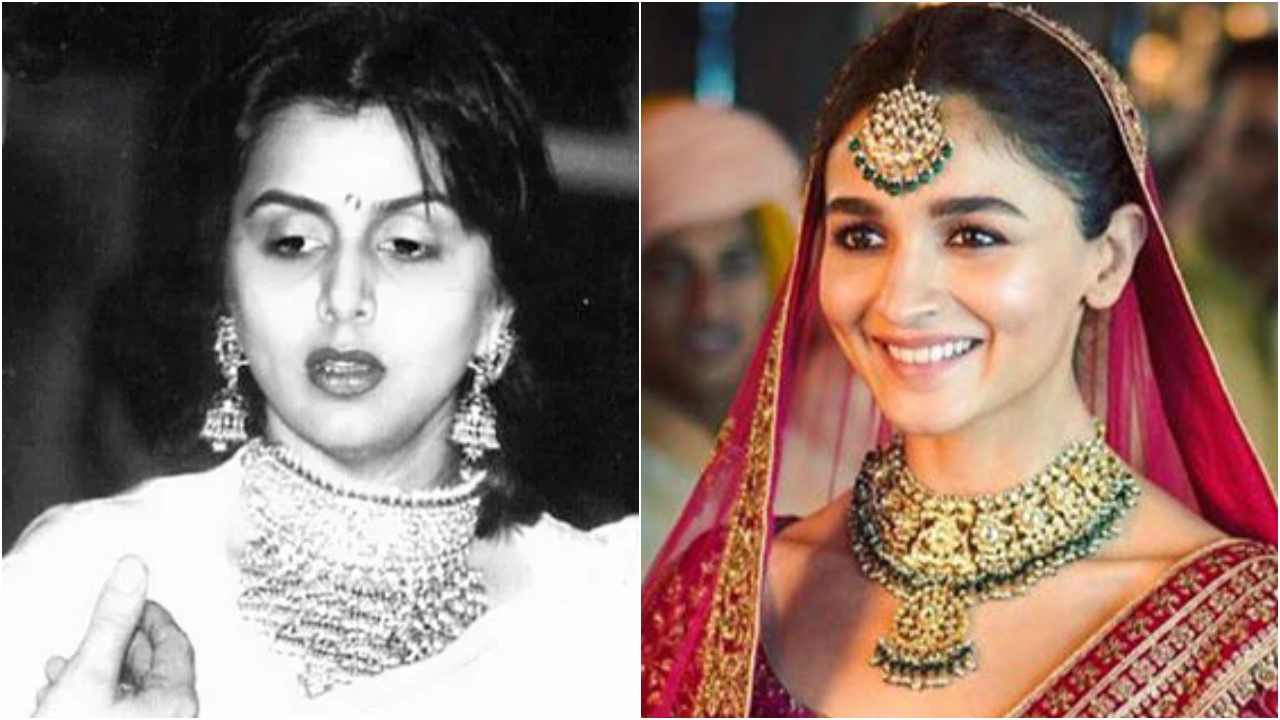 Alia Bhatt and Ranbir Kapoor's upcoming wedding is making headlines. Right from the bridal attire to the cuisine, fans of RanLia are up and closely following all the updates. Currently, there is a lot of confusion regarding the wedding date. As the pre-wedding festivities are about to begin next week, a news portal's report has it that Alia will be inheriting an emerald and gold necklace from her mother-in-law Neetu Kapoor.

A source close to the development told the portal, "As a part of the Kapoor family tradition, Alia Bhatt will inherit an emerald and gold necklace from Kapoor family jewellery. It is a legacy of Kapoor's that will be passed on to the new bahu. Neetu Kapoor will be passing on the family jewellery to Alia that she received from her mother-in-law, Krishna Raj Kapoor. Neetu had passed on the family jewellery to her daughter Riddhima Kapoor Sahni during her wedding. And now, Alia will be inheriting the precious pieces, which originally belonged to Krishna Raj Kapoor."

Krishna Raj Bungalow, which belongs to the Kapoors, was decorated with lights today ahead of the wedding. As of now, Ranbir, Alia, Neetu and Soni Razdan are maintaining silence over the rumour.