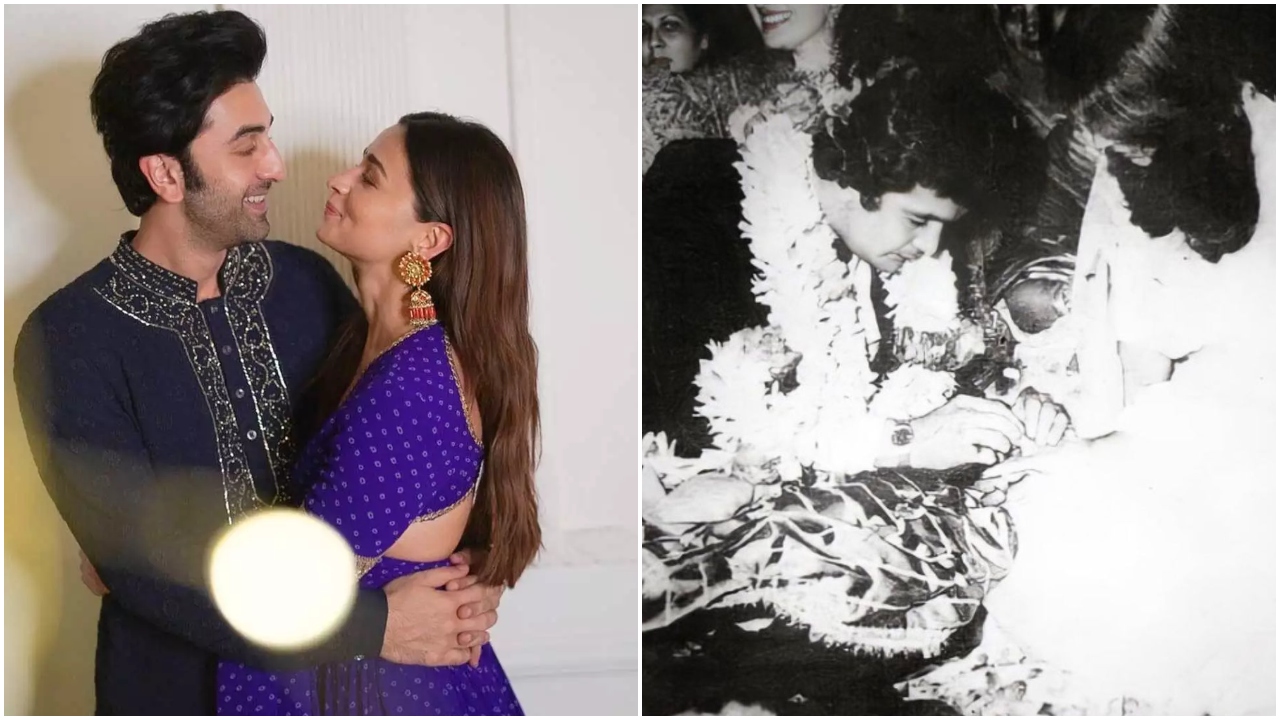 Neetu Kapoor, today, took a walk down memory lane and shared an unseen picture with husband Rishi Kapoor from their engagement day. She revealed that exactly 43 years ago, the couple had exchanged rings. Interestingly, on Neetu and Rishi's 43rd engagement anniversary, their son Ranbir Kapoor's pre-wedding ceremonies finally commenced.

Now, rumours are rife that Ranbir and his ladylove Alia Bhatt will be exchanging rings today. The Kapoor family reportedly performed a pooja today before beginning the wedding festivities. While it is not confirmed whether Ranbir and Alia got engaged today, pictures of their family members and friends arriving at the actor's residence added fuel to the speculation.

Ranbir's cousins Karisma Kapoor, Kareena Kapoor Khan and Armaan Jain were spotted outside the actor's residence. Ayan Mukerji and Karan Johar will be a part of all important ceremonies.