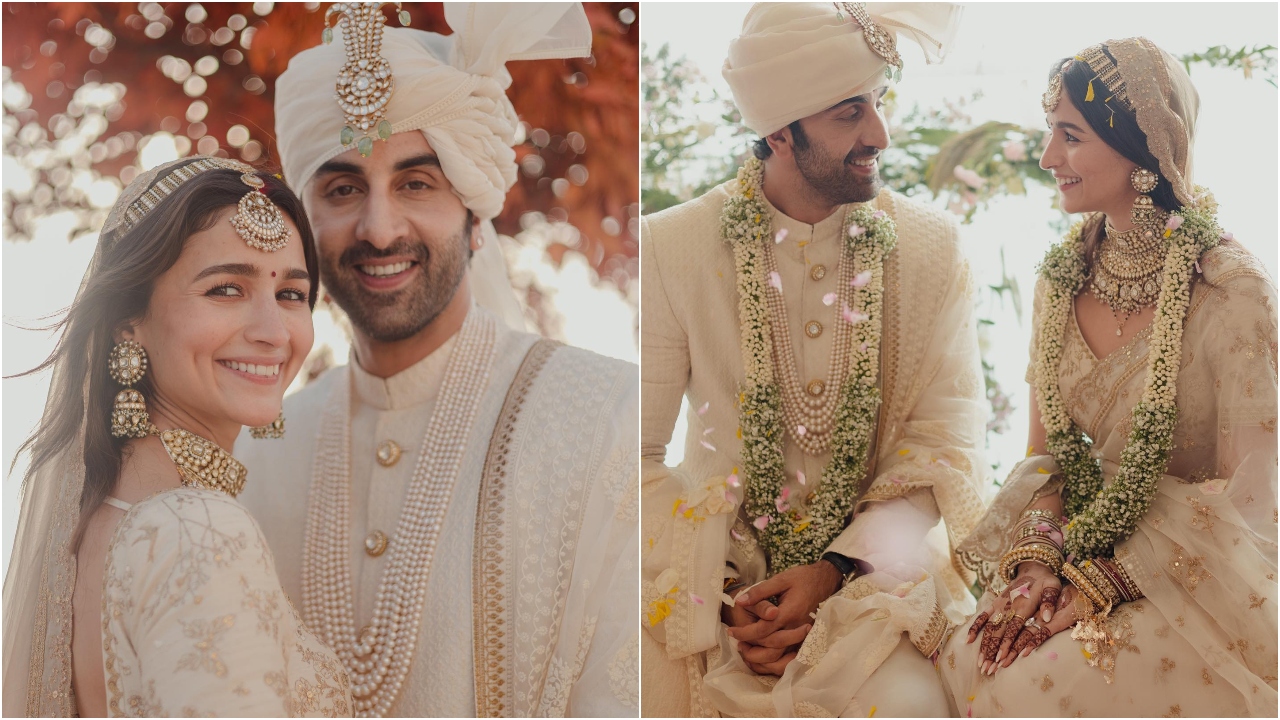 Alia Bhatt and Ranbir Kapoor finally got married on April 14 after being in a relationship for five years. After tying the knot in an intimate ceremony, Alia shared pictures from her dreamy wedding. The couple's wedding pictures took the internet by storm and went viral in no time.

Now, a new set of romantic photos of Alia and Ranbir from their big day has gone viral. Taking to Instagram, Alia's sister Shaheen Bhatt posted the pictures on Friday night. In the first picture, the newlyweds stood next to each other and smiled for the camera. Both of them looked lovingly into each other's eyes and smiled in the second photo. Sharing the picture, Shaheen captioned it, "Plot twist (infinity emoji). My two favourite people in the world got married yesterday and our weird, happy little tribe just got a whole lot weirder and happier. I love you both so much."

Recommended Read: Ranbir Kapoor spells out his love for wife Alia Bhatt as he gets her name written on his Mehendi

Ranbir and Alia began dating on the sets of Brahmastra in 2017 and made their first public appearance as a couple at Sonam Kapoor's wedding in 2018.