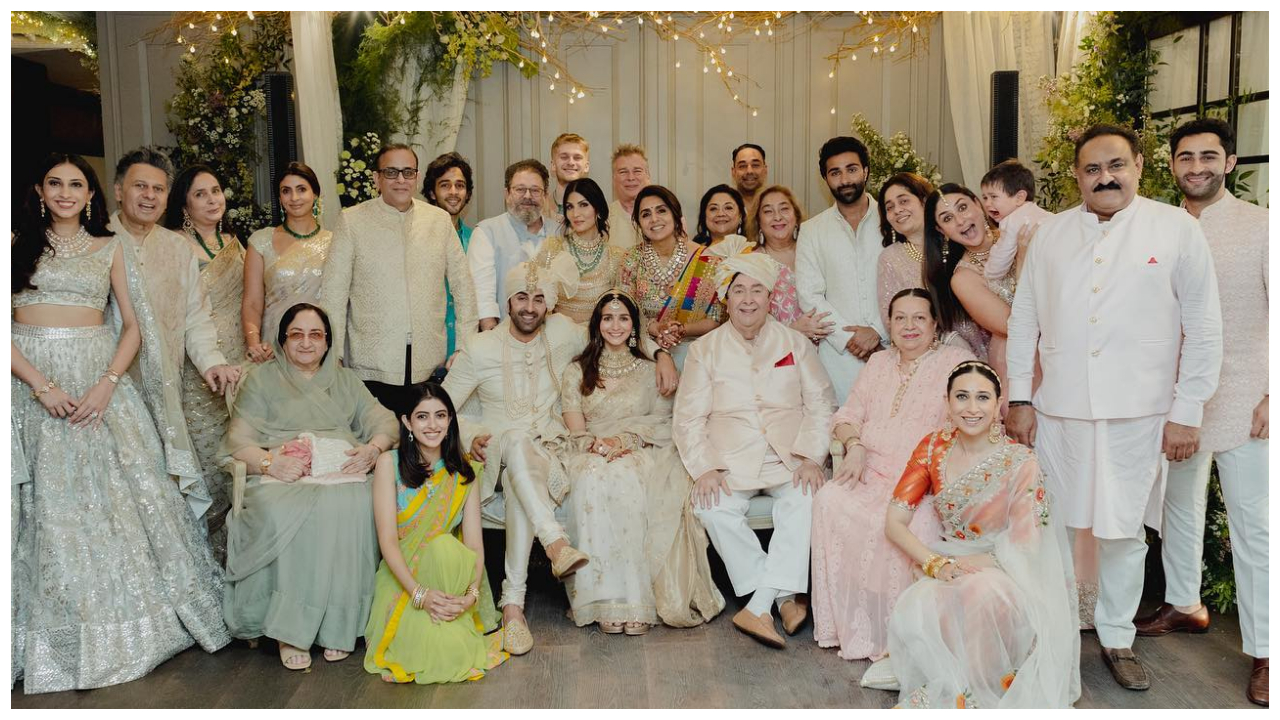 Ranbir Kapoor’s and Alia Bhatt’s wedding was an intimate affair with only close friends and family members in attendance but when you are related to the Kapoors, the family itself becomes a huge amount of people. Now, that the newlywed couple and their family members are sharing pictures from the wedding, we can’t help but gush at their bond and the picture perfect moments captured on camera.

Ranbir’s sister Riddhima Kapoor Sahni shared a family photo of the Kapoor clan surrounding the newlyweds. Although the picture has the who’s who of the Khandaan, what caught our attention was Kareena Kapoor Khan’s animated expression as she held on to her crying son Jeh Ali Khan. The picture gives full on Hum Saath Saath Hain vibes.

Alia and Ranbir got married on April 15, 2022 with pre-wedding ceremonies of sangeet and mehendi held on April 14, 2022.