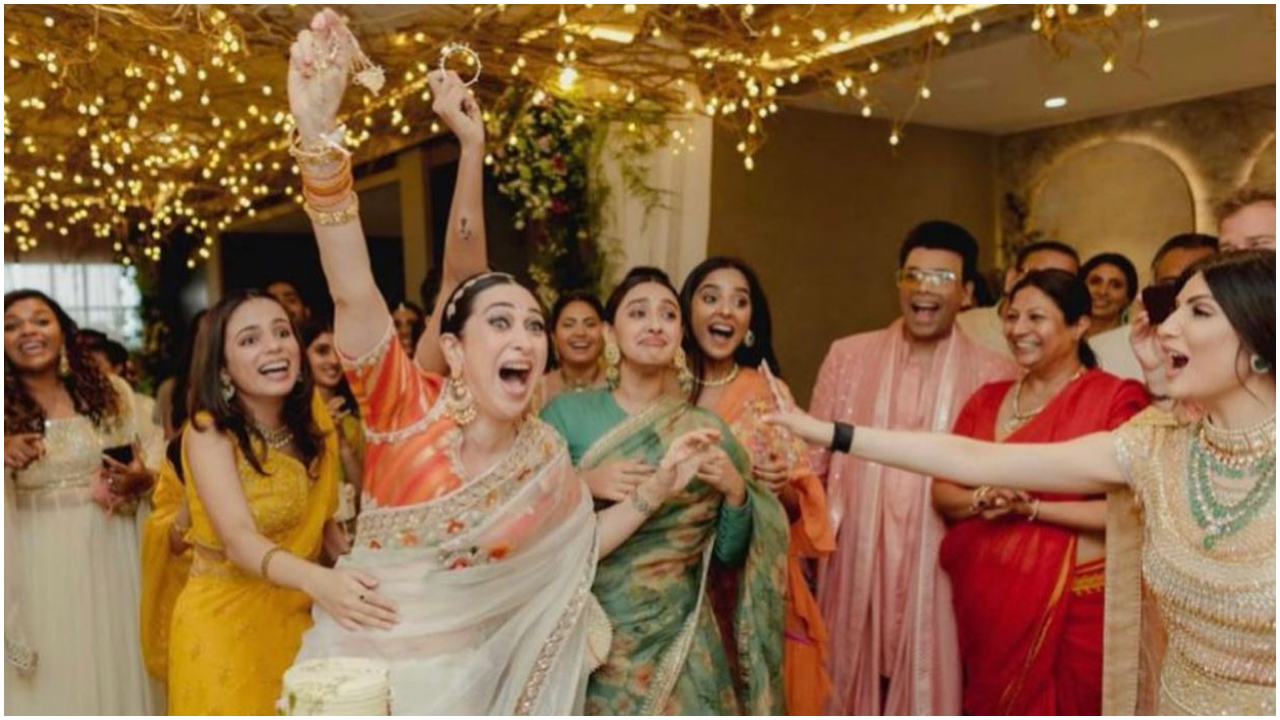 Karisma Kapoor had a legit reason to be excited during Alia Bhatt and Ranbir Kapoor’s wedding. Apparently, the bride’s kaleera fell on her and Karisma just could not contain her excitement. The actress had attended the wedding with her son Kiaan.

Karisma took to Instagram to share the pictures with Alia’s customised kaleera that fell on her. She showed off the kaleera to the camera while in the second picture is where all the fun is. It shows an excited and animated Karisma beaming after catching the kaleera. Her other cousins including Ranbir’s sister Riddhima Kapoor Sahni, Karan Johar and Alia’s friends can also be seen in the picture as they cheer for Karisma. However, in the picture one could spot Alia’s BFF Akansha Ranjan Kapoor pouting sulkily on failing to catch the kaleera herself.

Sharing the photos on Instagram, Karisma wrote, “Instagram VS Reality. The Kaleera fell on me guys! #couldibemoreexcited #merebhaikishaadihai.” According to Punjabi wedding customs, the bride wears golden ornaments attached to her wedding bangles, she then shakes her wrists over the heads of her sisters and friends and if the ornament or kaleera falls on their head then it is considered to be a sign that she will be next in line to get married.

Karisma was earlier married to businessman Sanjay Kapur with whom she has two children, daughter Samaira and son Kiaan. However, they got divorced in 2016.