Advertisement
HomeBOLLYWOODENTERTAINMENT NEWSAamir Khan brushes up his batting skills in new video, to share a ‘kahaani' with his fans on April 28

Aamir Khan brushes up his batting skills in new video, to share a ‘kahaani' with his fans on April 28 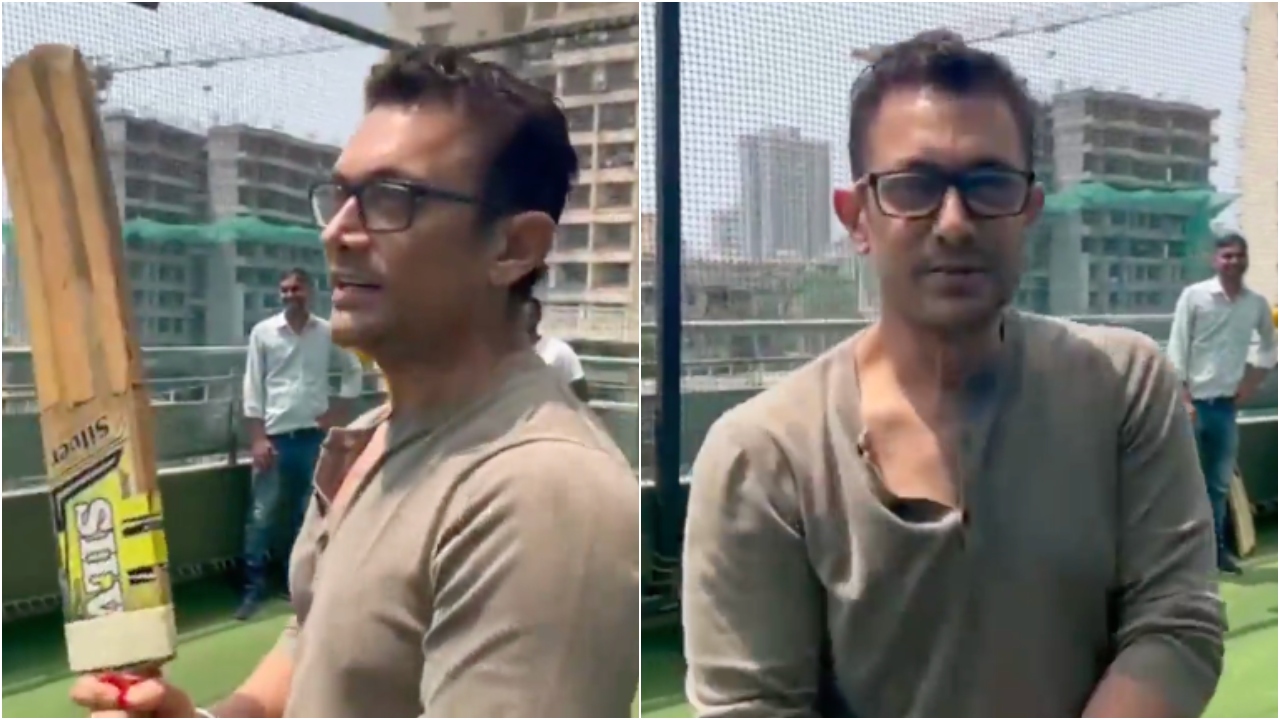 Earlier today Mr perfectionist  Aamir Khan left his fans befuddled with a video that revealed how the superstar will share a special ‘kahaani’ on April 28.  In the video shared by Amir Khan’s production house, the star is seen acing his batting skills, about which we are aware from the time of Lagaan. In the video, Amir promises to narrate a story on April 28. Looking at his enthusiasm for narrating the tale, the players around him hail a loud ‘Yes’!

The fact that Aamir Khan is rarely in the public eye piqued the curiosity of his fans and movie aficionados even more. Though there are several theories floating around about what the ‘kahaani’ might be; ranging from some life lessons, and personal trivia to new professional development, the details are being kept tightly under wraps at the moment.

Recommended Read: Aamir Khan and son Azad get a yummy binge treat as they relish on some mangoes

Known to be a fiercely private person, the superstar’s recent video has created quite a stir over social media platforms as we eagerly await to unravel this mystery on April 28.

On the work front, Aamir is all set to bring audiences his labour of love, Laal Singh Chhada also starring Kareena Kapoor Khan and directed by Advait Chandan.