Watch: ‘Say hi to my wife,’ says Ranbir Kapoor in viral wedding video from his varmala ceremony with Alia Bhatt 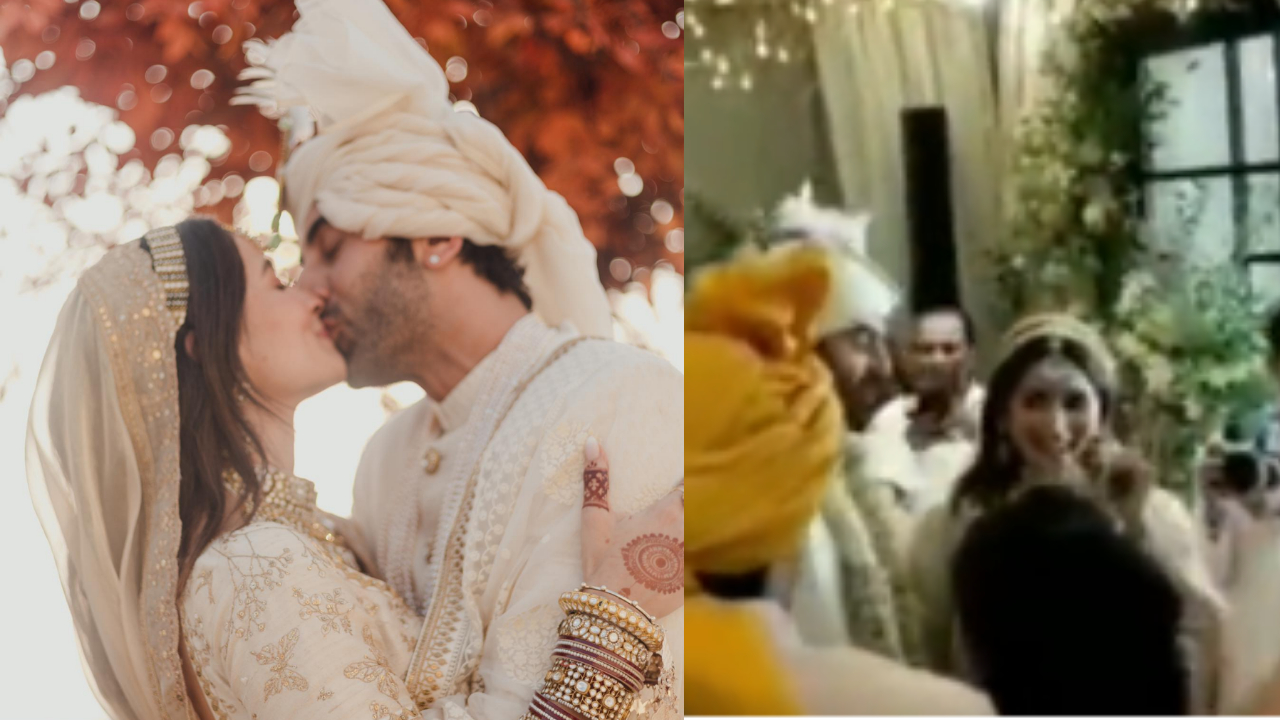 Ranbir Kapoor and Alia Bhatt’s wedding on April 14 was nothing short of a fairy tale. Although the couple has resumed work and have been married to two weeks now but fans of the actors just can’t seem to have enough from their intimated wedding ceremony. Now, a new video from their varmala ceremony is going viral which shows Alia and Ranbir exchanging garlands followed by a kiss. Post the ceremony, Ranbir can be seen introducing Alia as his ‘wife’ to his clan and she greets them with a sweet ‘hi’.

The video shows Alia and Ranbir exchanging garlands, the ceremony was overseen by the bride’s mother Soni Razdan while the groom’s aunt and Kareena and Karisma’s mom Babita Kapoor can be seen sitting in front. Ranbir goes down on his knees to let Alia put the garland around his neck and proceeds to kiss her. He then goes on to call out to his Kapoor Khandaan and said, “Say hi to my wife," and as they all said cheered Alia waved her henna-clad hands with a shy and docile ‘hi’.

The video had gone viral previously as well but the fans noted the exchange between the bride and groom now. Alia and Ranbir’s wedding was a closely guarded affair with only family and extremely close friends were invited. They later hosted a dinner party for their family and friends but shied away from a grand wedding reception.