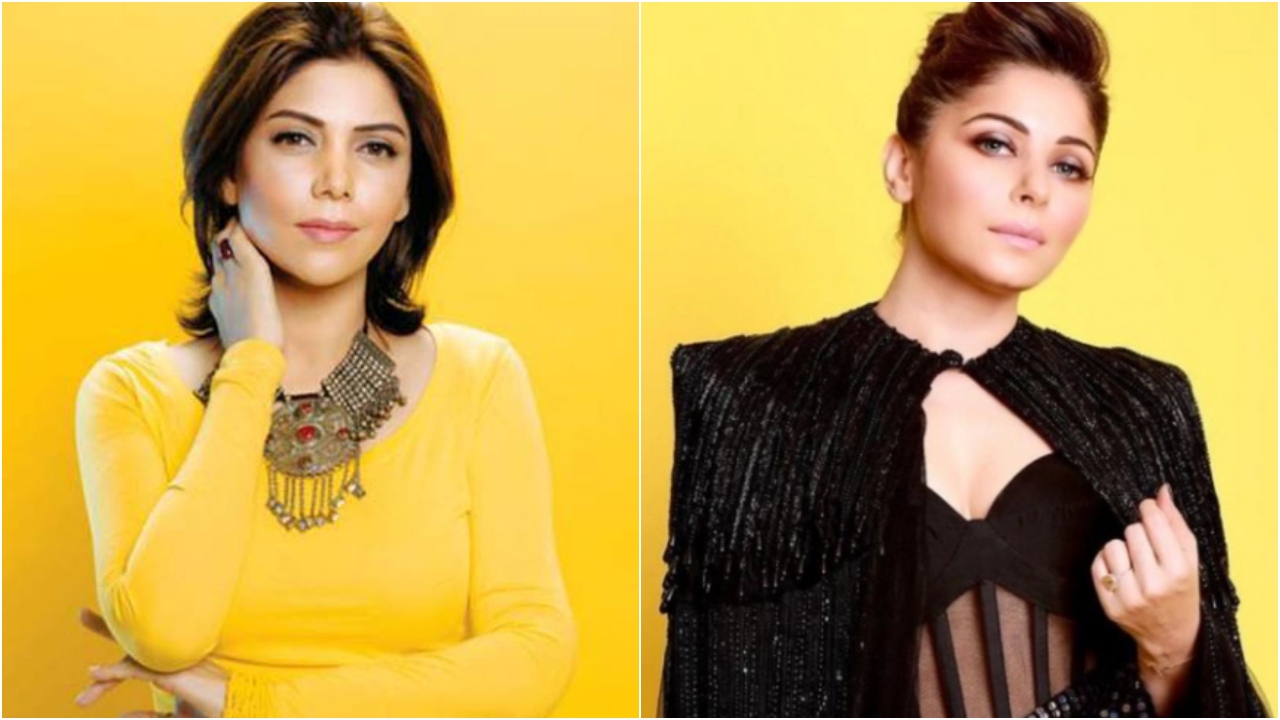 Kanika Kapoor's rendition of Buhe Bariyan released on Saregama Music's YouTube channel on April 27. The singer also acted in the video. While Buhe Bariyan is garnering a good viewership, Kanika and the makers landed in trouble after Hadiqa Kiani accused them of stealing her song. A few days after Hadiqa raised an objection, Kanika reacted to the allegation in an interview with a leading daily.

Kanika told the daily, "Firstly, I can say that on behalf of everyone that I know, we've always been huge fans of music that comes from Pakistan, Afghanistan, North of India, Punjab. It is just sad that there is so much hatred on a topic, which we don't even know what is right and what is wrong. I mean, for me, we made an original song Juneja ji has written the song, Shruti has composed this song with Gourov Dasgupta, and have used a line of an old Punjabi folk song that being heard."

She further added, "So actually it is not a cover version, it's a new song completely. If anyone listens to this and it's just a little hook line, we used from an old Punjabi folk song, which I have seen more than 60 versions of on YouTube. I really don't whether it comes from Pakistan or Afghanistan or Punjab. I just know that it's a beautiful song that was written maybe a century ago, maybe, I don't know. And even the label, Saregama, is very respectable, none of us have any intention of stealing anybody's work or not crediting anybody. And if they feel that way, then it makes us very sad and we feel very sorry. But to be honest, we also find out because none of us know the truth behind copyright."

Kanika stated, "And not just this song, many, many folks that we all love, have the same plan, there’s nothing that we know of it. So if someone is claiming right over them, it's not something I can do anything about. But I had no intentions of upsetting anybody. I have a lot of love and respect for all fellows singers in Pakistan, and I will continue to follow and love their music. Also, I think, people should not bring religion and country and craft in middle of a song. They should not create so much hatred, you know, maybe sometimes you can deal with things with more love than hatred and that’s what the world needs today."

Hadiqa, a Pakistani singer, lashed out at the makers of Buhe Bariyan for a 'shameless rendition' of the song originally written by her mother Khawar Kiani. On Instagram stories, she wrote, "Another day and another shameless rendition of a song my mother wrote. No one asked for my permission, no one has given me royalties. They just take the song that my mother wrote and I recorded and use it as an easy money-making scheme."

In her statement, she further added, "So far, it’s been stolen to be used in multiple Bollywood films starring the likes of Shah Rukh Khan and Preity Zinta. It’s been stolen by every other singer who sings on stage while earning. And of course, by many singers who produce full music videos. Some of these cover videos have received almost 200 million views on YouTube. The latter gives me ‘credit’ by mentioning ‘original song: Boohey Barian by Hadiqa Kiani." 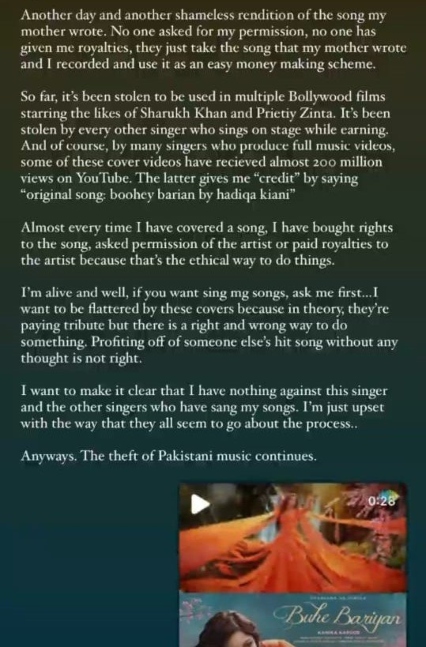 She then shared, "Almost every time I have covered a song, I have bought its rights, taken permission from the artist or paid royalties because that’s the ethical way to go about things. I’m alive and well, if you want to sing my songs, ask me first. I want to be flattered by these covers because, in theory, they are paying a tribute. But there’s a right and wrong way to do something. Profiting off of someone else’s hit song without any thought is not right."

She concluded her note by saying, "I have nothing against this singer and the other singers who have sung my song. I'm just upset with the way that they all seem to go about the process..." she added. "Anyways. The theft of Pakistani music continues."