Advertisement
HomeBOLLYWOODENTERTAINMENT NEWSAnil Kapoor and Anupam Kher go on a ‘movie date’ after ‘thousand years’, review SS Rajamouli’s RRR as they watch it in theater

Anil Kapoor and Anupam Kher go on a ‘movie date’ after ‘thousand years’, review SS Rajamouli’s RRR as they watch it in theater 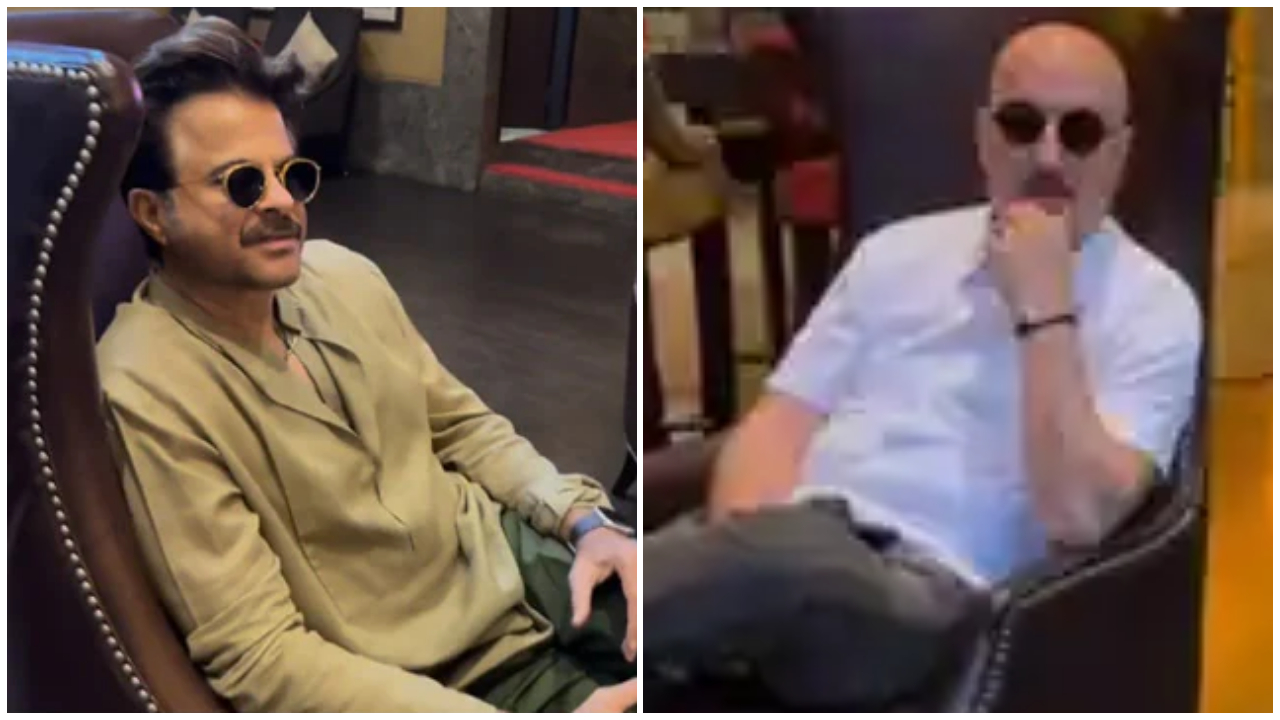 It’s a known fact that Anil Kapoor and Anupam Kher are the best of friends and often starred in several films together. However, the two veteran actors got together to watch SS Rajamouli’s RRR and called it a ‘date night’. Chatting before the film started, they noted that it has been a long time since they saw a movie together. Anil called it a ‘date’ but Anupam didn’t agree with him.

Sharing a video of their conversation on Instagram, Anupam wrote, “Went to the theatre after many many years with my dearest friend @anilskapoor to watch @ssrajamouli #RRR. This hilarious conversation is before the film. Have fun & Enjoy.” He also added emojis of sunglasses, clapper board, laughing face, along with the hashtags- #friends, #joyofcinema.

RECOMMENDED READ: I was trying to play the character, not the father on the sets of Thar: Anil Kapoor on working with son Harsh Varrdhan Kapoor

The video started with Anil saying, "We both have come to see a film, after many many years." Anupam added, "Thousand years. We used to come for our own premieres." Anil then said, "Yes, you know I am feeling as if I am in St Xavier's college, and that I am going out for a date." Anupam, shocked at Anil's suggestion, asked, "Sorry?" Anil repeated, "I am feeling as if I have come out for a date." However, Anupam rubbished the idea and said, “I would not like to say that." But Anil continued to insist, saying, "No but a date with Anupam Kher. We are watching Rajamouli's RRR. Are you looking forward to the film?"

Anupam responded by giving a shoutout to Anil’s upcoming film Thar with son Harsh Varrdhan Kapoor and their other BFF Satish Kaushik and said, “I am very looking forward to RRR. I thought I have to have a conversation with him on the 6th." Anil then said, "But on 6th even Thar is releasing, so not only RRR publicity a little bit of Thar publicity should also be done."

Anupam made a reference to The Kashmir Files and said, “I will 100% talk about it. One thing common between Mr Rajamouli and me is that we are all in Rs 300 crore club. maybe he is a little more than that." Anil replied with his hands folded, "Sir if at least I can beat Rs 30 crores in my other films I would be very happy sir. Please give blessings sir." Giving his blessings, Anupam said, "Jug Jug Jeeyo," referencing to another of Anil's films which is up for release in which he stars alongside Varun Dhawan, Kiara Advani, and Neetu Kapoor. He repeated at the end of the video, "So we are very happy that we are watching a film together after a long time."