Advertisement
HomeBOLLYWOODENTERTAINMENT NEWS‘Whenever one has a problem, the other is standing by,’ says Ajay Devgn rubbishing claims of ever having a cold war with Shah Rukh Khan

‘Whenever one has a problem, the other is standing by,’ says Ajay Devgn rubbishing claims of ever having a cold war with Shah Rukh Khan

Ajay Devgn has spoken about the wholesome bond he shares with his contemporaries in the Hindi film industry. Debunking the myth that he has had a cold-war with Shah Rukh Khan, Ajay said that they share a “great rapport”. Ajay made his debut with Phool Aur Kaante in 1991, Shah Rukh also made his debut at the same time with Deewana in 1992 whereas Akshay Kumar started his career in 1991 with Saugandh. Even Salman Khan and Aamir Khan made their Bollywood debuts in early 1990s and has since then ruled the box office with their films.

All the actors are superstars in their own right and hold a massive fan following. However, they are often pitted against each other and pulled in controversies. Recently, Ajay spoke about the rumoured cold war between him and SRK and completely denied the claims and said, “The six-seven of us, who were from the 90's generation who started practically together or maybe one or two years here and there, we share a great rapport. We all support each other. I mean whatever the media can write about some issues with me or Shah Rukh Khan or something else, they are not there. We speak over the phone, we are all fine. Whenever one has a problem, the other is standing by. We trust each other, we believe in each other, that if somebody says 'we are there with you' it means they are going to be there. So we have never had a problem ever." 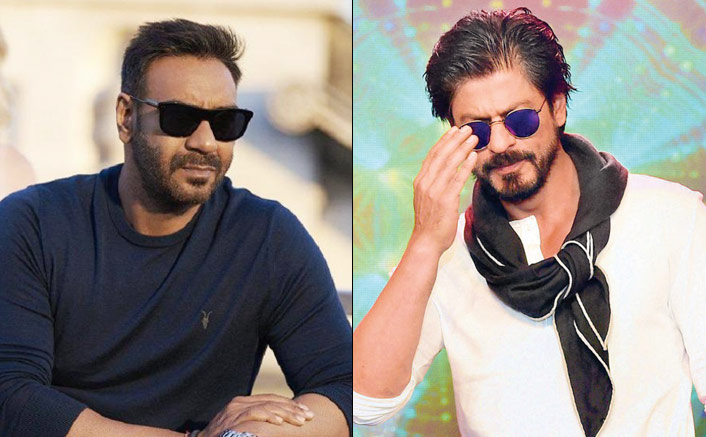 Ajay also pinned the blame for fight rumours on their fans, who love to argue on social media. He said, “Sometimes what happens is they are (news of celebrity feuds) also created. Not just by the media, but sometimes by fanatic fans, who we don't have control on. So, when they start fighting with each other, people think two actors are fighting and so that is a perception that goes out. Then we actually speak together about controlling them. But, I would like to tell all the fans that we are all as one and, so, the next time they are fighting over us, please don't fight.”

Ajay and Shah Rukh have never worked in a film together but starred in a recent advertisement of a pan masala brand recently. Later on, Akshay also joined the brand. Ajay has worked with Akshay and Salman in several films, whereas Salman and SRK have worked together in a few films. Akshay and SRK worked together in Dil To Pagal Hai. Aamir and Salman paired up in Andaz Apna Apna.