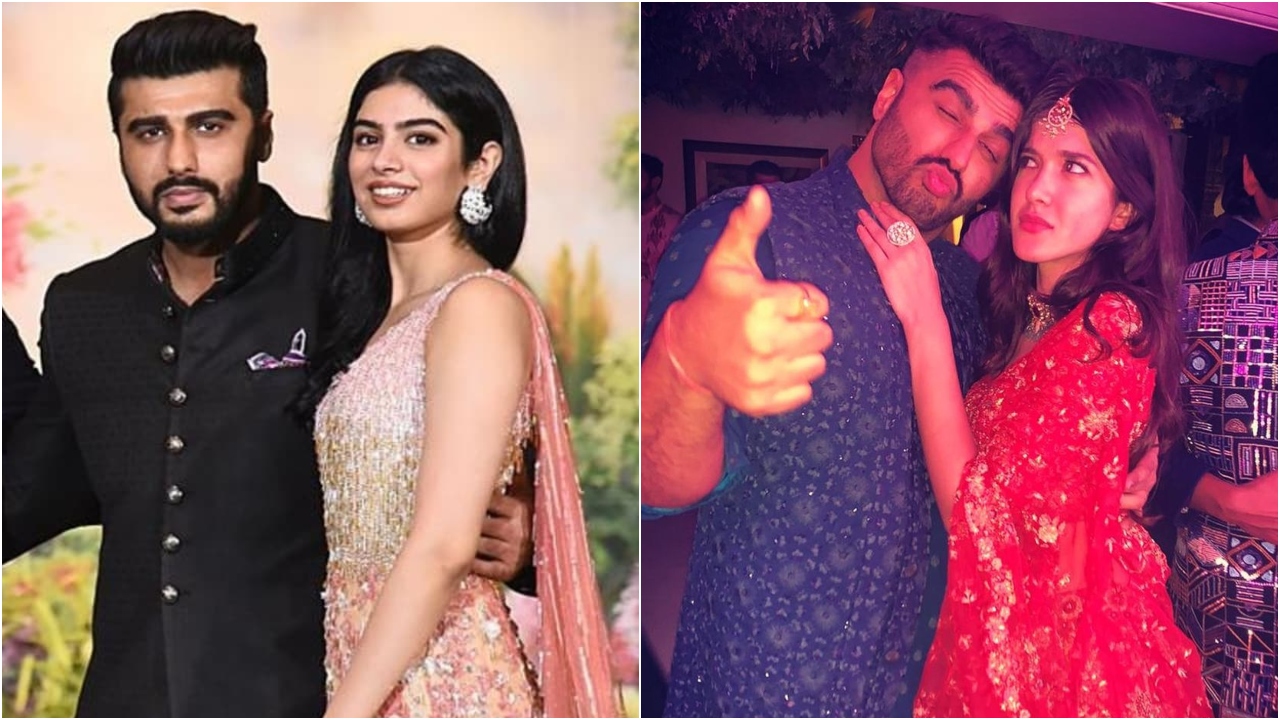 In just a few months, Bollywood will be getting a new bunch of actors. Cousins Khushi Kapoor and Shanaya Kapoor are among them. Born to a film family, Khushi and Shanaya are surrounded by established actors like Anil Kapoor, Sanjay Kapoor, Sonam Kapoor Ahuja, Arjun Kapoor, Harsh Varrdhan Kapoor and Janhvi Kapoor. Arjun recently completed 10 years in the showbiz. Did he give any advice to his sisters? Well, yes.

In an interview with an entertainment portal, Arjun opened up about the advice he gave to Khushi and Shanaya. He told, "Suno sabki, lekin karo apni (Listen to everyone, do what you think is right for you). There was a point when Janhvi was dabbling about whether she should do Gunjan Saxena or not for a bit. That's the same thing I told her, I said eventually it's not about whether this is the perfect second film or not, there is no perfect second film."

The actor further added, "I think Janhvi and me are similar in the sense that we talk a lot more about work. Khushi's just started working, and Shanaya, whenever I've got a chance and she has asked me I do tell her listen advising is very easy but you to follow his advice, like Harsh Varrdhan Kapoor (Anil Kapoor's son) has a mind of his own, he is following his heart and I am happy for them. He is cut from a different cloth. You listen to everyone but you do your own."

Khushi is Arjun's half-sister whereas Shanaya is his cousin (daughter of Sanjay Kapoor). The former is making her acting debut in Zoya Akhtar's The Archies which will premiere on Netflix in 2023. Shanaya is acting in Dharma Productions' Bedhadak.