In 2019, a case was registered against Ajay Devgn for showing a stunt on his film De De Pyaar De's poster but not showcasing it in the movie. The case was filed in the Ajmer consumer court. A resident of Ajmer, Tarun Aggarwal had filed a complaint with the consumer court in 2019. The complaint said that the poster of the film showed a stunt scene which was missing in the film, as per a Dainik Bhaskar report.

The complainant held Maya Mandir cinema and Ajay Devgn responsible for it and claimed a compensation of 451000 for financial and mental damages and also 11000 for the litigation charges. The complainant also demanded a clarification be issued in relation with the misleading advertising and immoral business. However, now a consumer forum in Ajmer, Rajasthan, has brought relief to Ajay in the case. 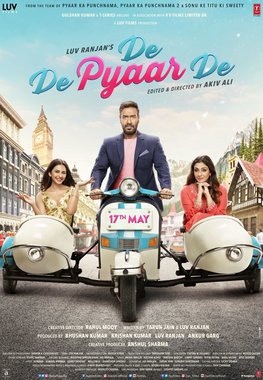 Recommended Read: ‘Whenever one has a problem, the other is standing by,’ says Ajay Devgn rubbishing claims of ever having a cold war with Shah Rukh Khan

Advocates Amit Gandhi and Prachul Chopra, on behalf of Ajay, told the forum that he simply acted in the film and cannot be held responsible for publicity and promotional material.